Earlier in January, the EVBox team dropped by Las Vegas and participated in CES 2019—the largest technology trade show on earth. And when we weren’t busy showing attendees all of our awesome new EV charging solutions, we got to walk around and see some groundbreaking innovations from other companies.

For the uninitiated, CES is where the world’s biggest tech companies come together to flex and show off all their cool next gen products. Flying cars, foldable TVs, 5G technology (that’s a whole extra G)—yeah, it’s pretty sweet.

Are some of the things at CES impractical? Of course! It’s a tech show.

But for every Numi 2.0, there are dozens of really promising, often game-changing technologies that could have huge impacts on the way we live. Here are a few from this year that we think have that kind of potential. 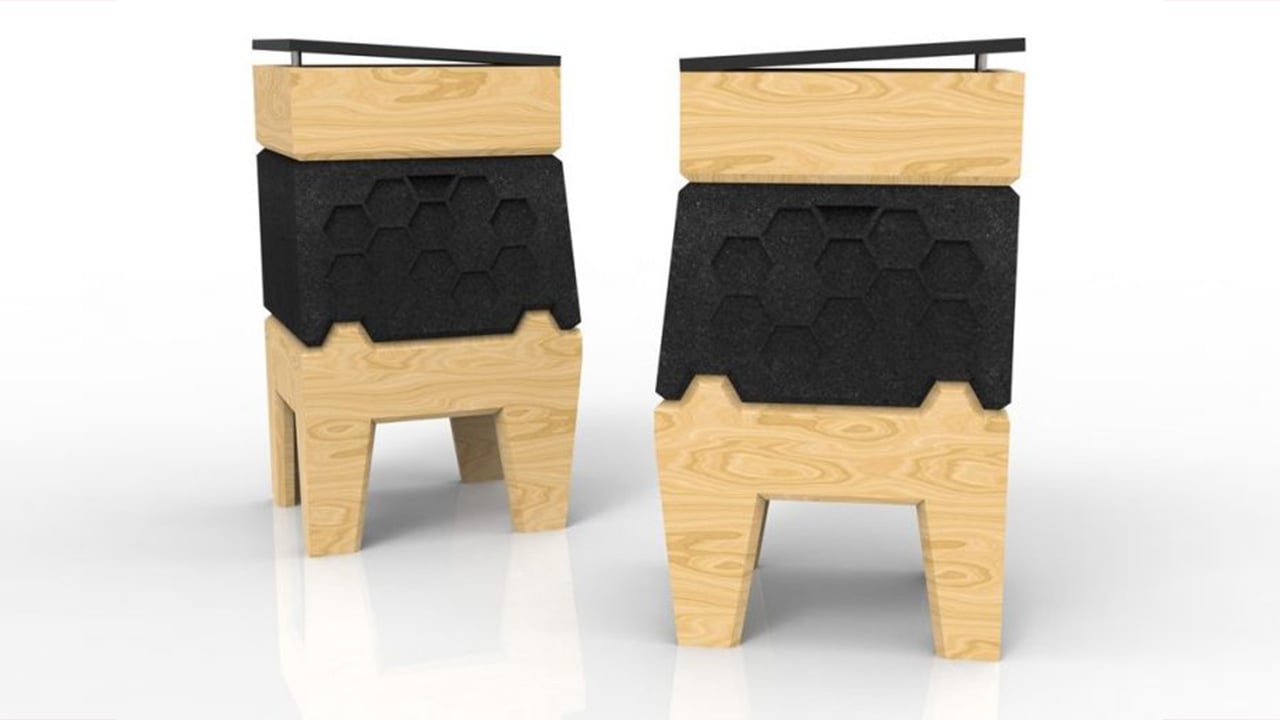 Yeah. It’s a beehive. A high-tech, IoT connected beehive. I know, I just mocked an Alexa-enabled toilet, and here I am lauding a smart beehive, but hear me out—this thing could have quite a big impact on the world.

First, bees are the world’s most important pollinator of food crops, with roughly 1/3 of the food we consume being reliant on bees. Second, they’re dying off. Many apiarists (aka bee keepers) have reported as much as a 50% decline in their bee population in recent years, likely as a result of climate change and parasites.

The CoCoon helps to combat this decline by regulating the hive’s internal temperature, allowing remote monitoring of the hive’s status, and uses proprietary technology to ward off Varroa destructor—a parasitic mite that attacks honey bees and has done tons of damage to hive populations. Now, bee keepers can check on their little buzzing buddies from an app on their phone and know that the smart enclosure is keeping them toasty and free of disease.

And if you’re thinking “Bees sting! I don’t like them,” here is a video of the noise bees make when they bump into each other. You’re welcome.

A semi truck with level two assisted driving. Sure, it’s not exactly brand new tech—we’ve seen assisted driving in Tesla and loads of other commercial cars for a few years now. However, the Daimler Freightliner Cascadia represents the first time these features have been successfully implemented in a semi truck.

I don’t know about you, but whenever I pass a semi truck on the highway, I speed up and make a little silent promise to go back to church so long as the truck doesn’t try to merge. It would be really nice to know that, even if the truck driver can’t detect my dinky car, the truck itself can, and it’ll also fill the cab with beeps and whistles if anyone accidentally tries to run me off the road.

Sure, maybe it’s not as sexy as some of the other cool features and designs we saw at CES, but in terms of global impact, putting adaptive cruise control, lane assist, and auto-breaking in a semi truck has enormous potential to make our roadways dramatically safer and more efficient.

Designed for elder care and monitoring other infirm patients, this adorable little guy not only looks like something out of Wall-E, but it also has some super useful capabilities—like monitoring your blood pressure, sleep patterns, and heart rate. Plus it can send that info immediately to your physician should anything be abnormal. It'll also detect if there's been a fall or if someone's injured, and it knows how to contact emergency services.

While all the life-saving functionality is cool and “more important,” don’t gloss over the fact that the Samsung Bot can also read you the day’s news, show you a video on its display-face, and even tell you a bedtime story. Because, be honest—who doesn’t want to go to sleep listening to a tiny robot read them a few chapters of Harry Potter and the Prisoner of Azkaban?  (It’s the best book in the series. Come at me.) 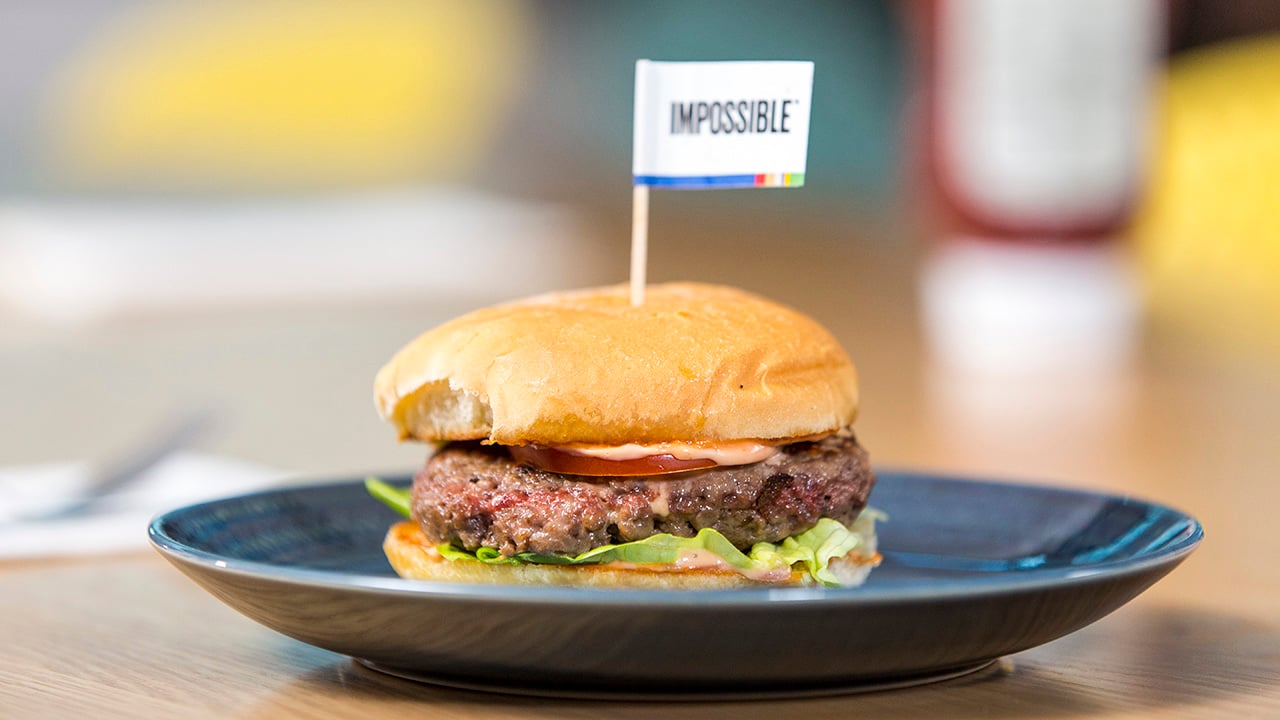 I know, a hamburger — what the heck? Stay with me here. Yes, it’s a sandwich. At a tech show. But if you knew what went into making these things (plants) and what the output was (a faux beef patty that would fool most self-proclaimed “carnivores”), you’d put this on your list too.

Why is this so important? Because meat farming results in massive amounts of deforestation, not to mention the excess methane (aka cow farts) in the atmosphere, which make up ~10% of the world’s greenhouse gases. If we can find a sustainable, scalable, undetectable meat substitute, that not even the snobbiest beef connoisseur could turn their nose up at, we could start chipping away at that 10%, and start eating healthier to boot.

Plus, national chains like White Castle and Umami Burger have both agreed to carry this meat substitute, and there are dozens of other chains likely to follow suit. This is a huge step in the right direction. 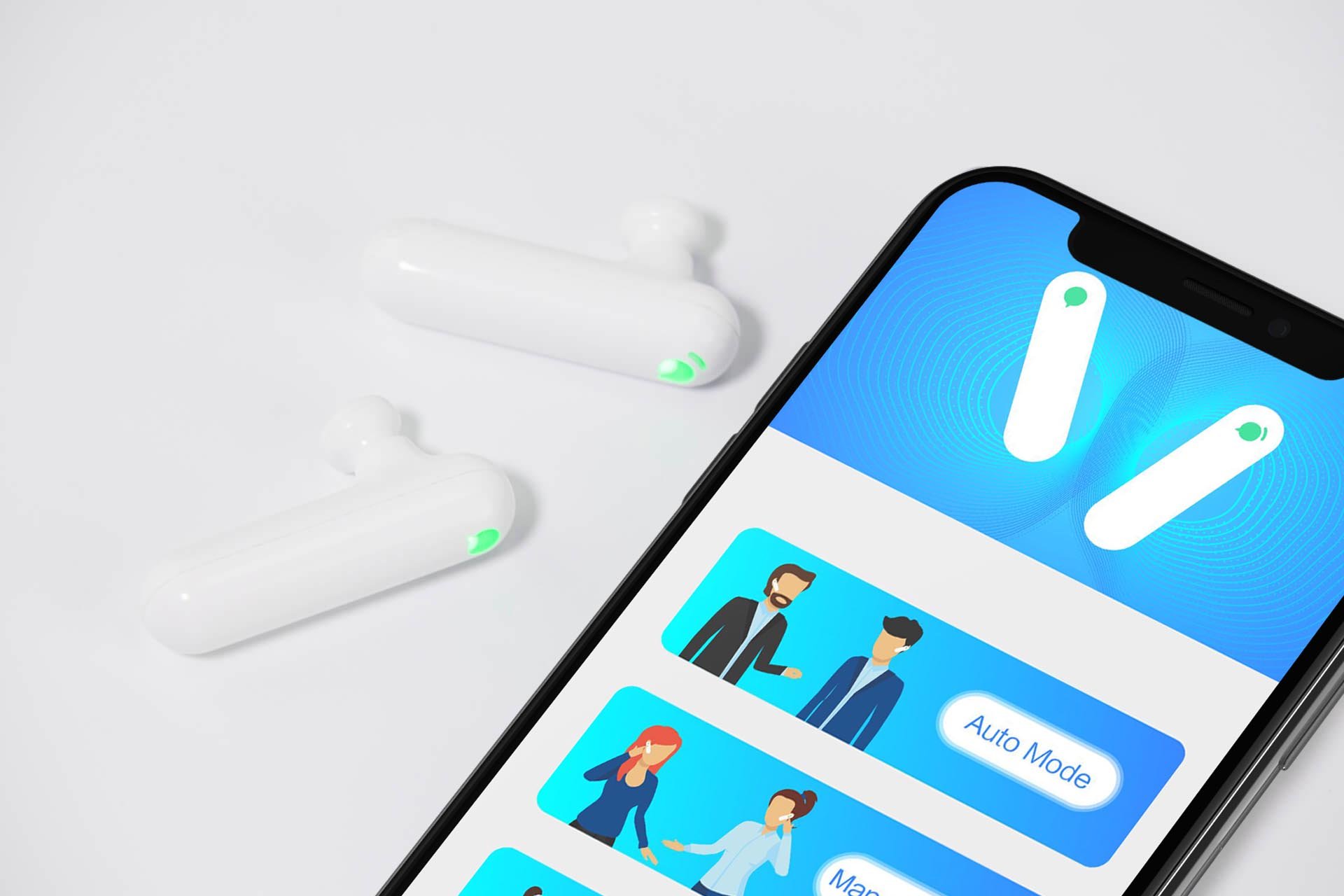 Have you ever been someplace where you don’t speak the language? I can only speak for myself, but as an English-speaking employee of a Dutch company with an Italian manager and a Chinese girlfriend, I get it. I’ve been on the outside of hundreds of conversations that I couldn’t participate in—and I know her parents are talking about me!

Well, with the WT2’s real-time, AI-powered, cross-language communication system, you can just pop one of these little pods in your ear and all of a sudden you’re understanding Mandarin! Or German! Or Urdu! You get it. It translates.

But what makes this device really neat is the fact that it also has a 1+2 interaction mode, which means that each ear piece can be used independently, while being controlled by a single app. So you can wear one ear piece translating French to English, give the other one to a French friend, and all of a sudden you’re not only understanding what they’re saying, but being understood as well! A pretty handy piece of tech for the monolingual globe trotter.

And that’s it! Those are my top five. Yeah, there were tons of other cool devices revealed at CES, don’t get me wrong. But this list isn’t about the coolest new computer monitor, the fastest new processor, or an immersive virtual reality gaming experience that would’ve probably made me motion sick. Everything on this list was chosen because I genuinely believe that this is the kind of tech that needs to be developed to help make the world a healthier, happier, safer place to live for everyone.

Now get out there and make something that changes the world. I’ll see you at CES 2020!