We need clear skies to see the rainbow

We don’t mean to brag, but we’re well on our way here in Amsterdam. Our hometown has been prioritizing its air quality over the past decade, introducing low-emission zones, electric public transportation, and increasing the number of charging ports for electric vehicles to 2,500 and counting. All of it to keep Amsterdam’s skies crystal clear—the perfect backdrop for a rainbow.

But the Dutch rainbow doesn’t just appear up in the sky. They’re in restaurants, bars, clubs, as well as educational and cultural institutions. After all, we’re talking about the country that was the first one to legalize same-sex marriage.

Back in the 80s, Amsterdam was coined the “Gay Capital of Europe”, becoming the first city to operate over a hundred establishments catered specifically towards the gay and lesbian audience. Although it brought in open-minded visitors from all around the world, the total number of these establishments dropped to 24 by 2015. The city decided to switch gears and funded the first Dutch open air festival for people of all sexual preferences—Milkshake (which is still one of the biggest annual happenings in Amsterdam to date.)

Instead of profiling itself as a “Gay Capital”, Amsterdam is now focused on creating a place where everyone is free to be themselves, regardless of sexual preference, gender, race, political views, and so on. And rightly so—Pride today isn’t just about gays or lesbians, it’s about diversity and inclusivity. It’s about the freedom to be your true self, and to feel valued for who you are.

Power to the Heroes

Our Pride celebrations are just kicking in now, a month after those of our American friends. This year’s theme, “heroes”, particularly resonates with our philosophy. We believe that any successful organization today needs to be an inclusive place where every employee can reach their full potential—their superpowers. We also see every contribution towards a more sustainable future as a heroic act. You might be driving electric, or you might be a vegetarian. You might have installed your own solar panel at home, or you might be a climate activist. If anything, you might just happen to throw your stuff in the right recycling bins. Whoever is changing their habits—whether big or small—to create a more sustainable future is our hero.

This is why, during Pride this year, we’ll be honoring the heroes that are making the world a more inclusive and sustainable place. To empower them in their mission, the fees collected from our public charging stations in the heart of Amsterdam between July 28 and August 5 will be donated to the COC, the LGBTQ association of the Netherlands. Learn more about this initiative and its kick-off near the world’s first LGBTQ monument here. 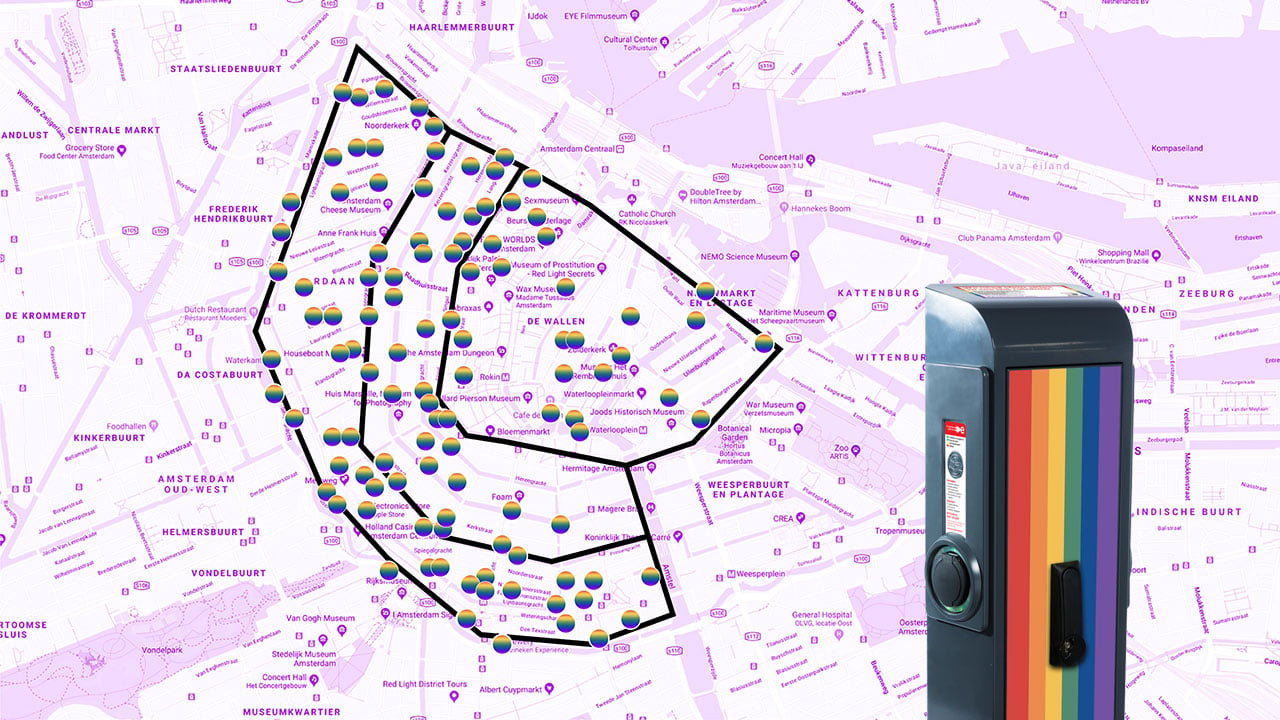 The Netherlands has the largest fleet of electric vehicles in Europe, and the third largest fleet of EVs in the world (after China and the US). Driving the adoption of electric transportation has become our way to sustain those clear skies. And clear skies are needed, especially for a country where the rainbow reigns, and where heroes from all over the world come together every year to celebrate diversity. This is what makes our journey to zero emissions a ride to remember.

Look out for our rainbow-kissed “Power to the Heroes” charging stations in the city center of Amsterdam, and power up the cause! See the map

Don’t be a convict, join the convo.

Follow our story—from the transformation of our charging stations, to the legendary Amsterdam Pride Week. Join the conversation with #prideamsterdam.

Subscribe here and get your monthly dose of the latest articles in your inbox!