Electric mobility is finally starting to kick down the doors in every transportation sector. Ten years ago, when people thought of an electric vehicle, they’d picture one of two things:


Today, however, the scope of electric vehicles is much, much broader. Everything from midsize sedans to city buses are now available as fully electric vehicles—and many of them are coming to market with a sticker price comparable to their gas counterpart.

But what about the coolest mode of transportation? The vehicle whose entire essence is shrouded in an aura of awesomeness?

That’s right—motorcycles are going electric too.

Here’s why that is excellent news.

1. Gas motorcycles pollute just as much as gas cars 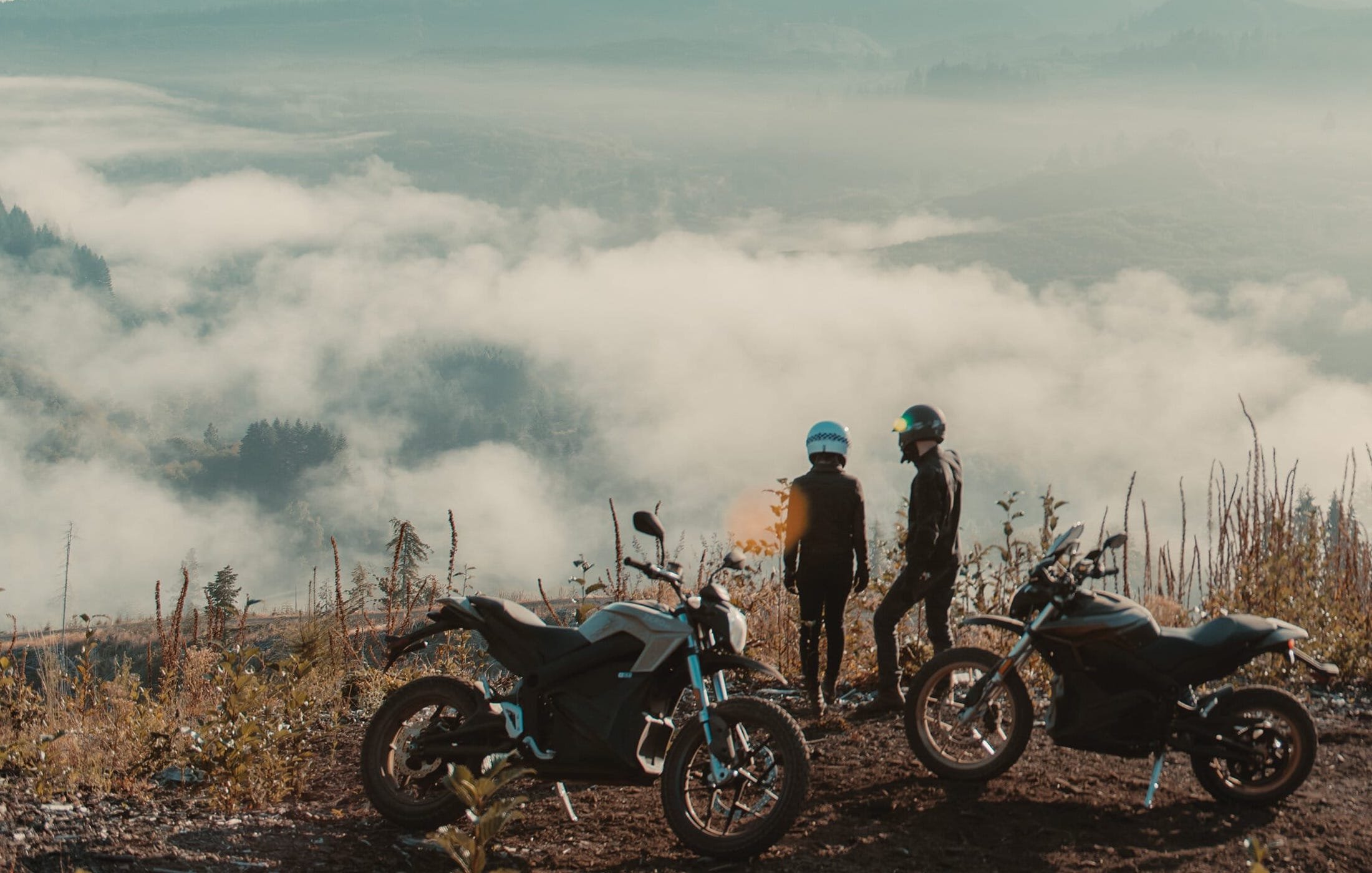 Sure, traditional motorcycles get crazy good gas mileage—but don’t let that fool you. For starters, it’s still gas mileage. They may burn less of it per mile than a car, but they’re still burning it. What’s more, even though they burn less, they emit way more exhaust and greenhouse gases.

This is because, for the past 40-some-odd years, the automotive industry has been tirelessly working towards reducing emissions and improving gas mileage. Motorcycles have not.

Without the same kinds of catalytic converters or emissions sensors, motorcycles have been kicking up roughly 4x more hydrocarbons, 32x more nitrogen oxide, and 80x more carbon monoxide than cars.

However, with an electric motorcycle, there is zero exhaust. Problem solved! 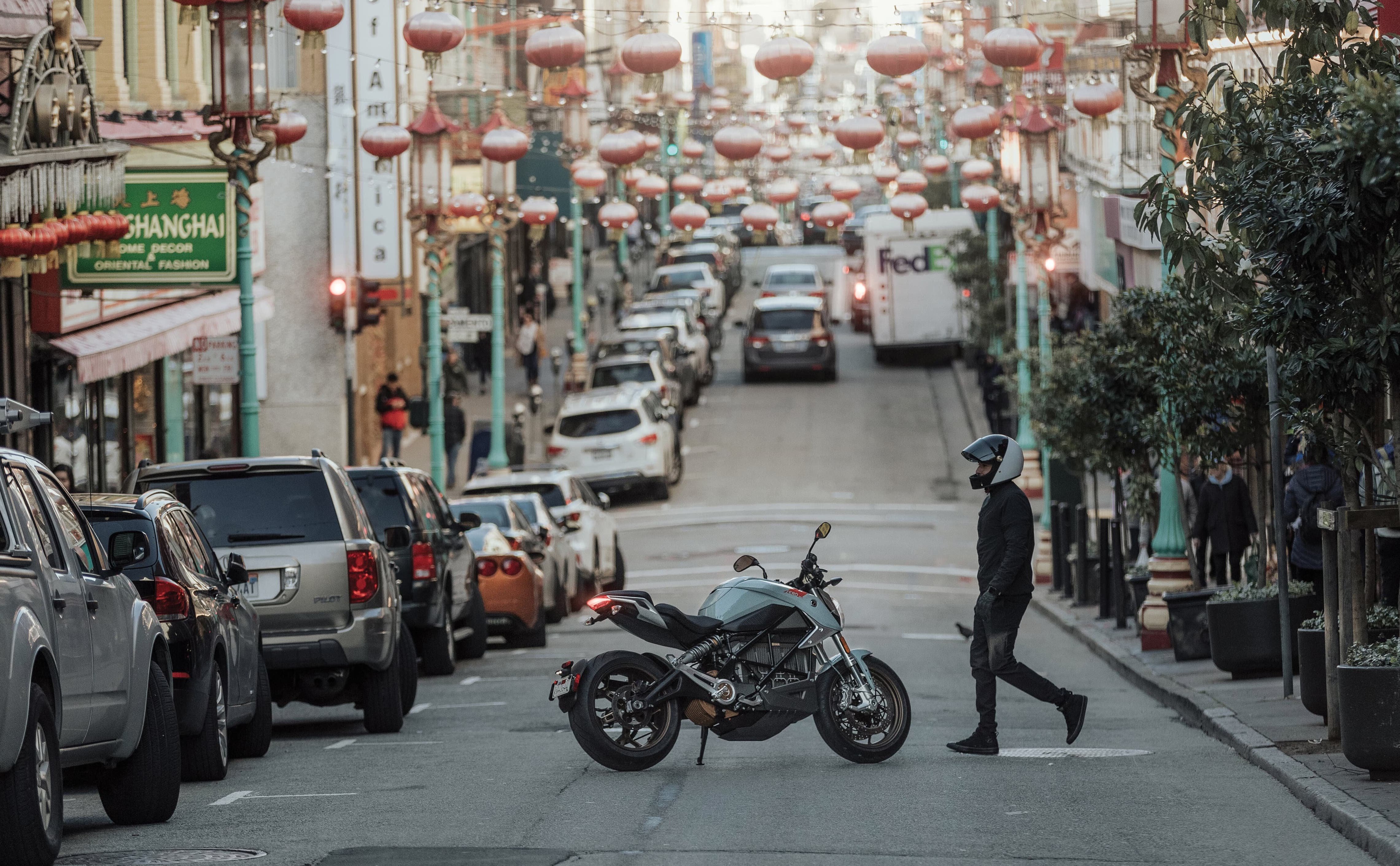 In most urban areas, congested streets are a major problem. Roadway gridlock slows traffic to a halt and creates a situation where thousands of cars are idling and pumping out tons of extra exhaust. And the kicker—most of these cars only carrying one person.

Now imagine half of these people on electric motorcycles or scooters. Instead of people driving around with four empty seats, they’d just be taking up their own space, thereby easing the flow of traffic and creating a faster travel experience.

In fact, a study presented at the Association des Constructeurs Européens de Motocycles (ACEM) 2012 Conference in Brussels found that a shift of just 10% of cars to motorcycles reduced congestion by 40%, and a 25% shift meant no congestion whatsoever! 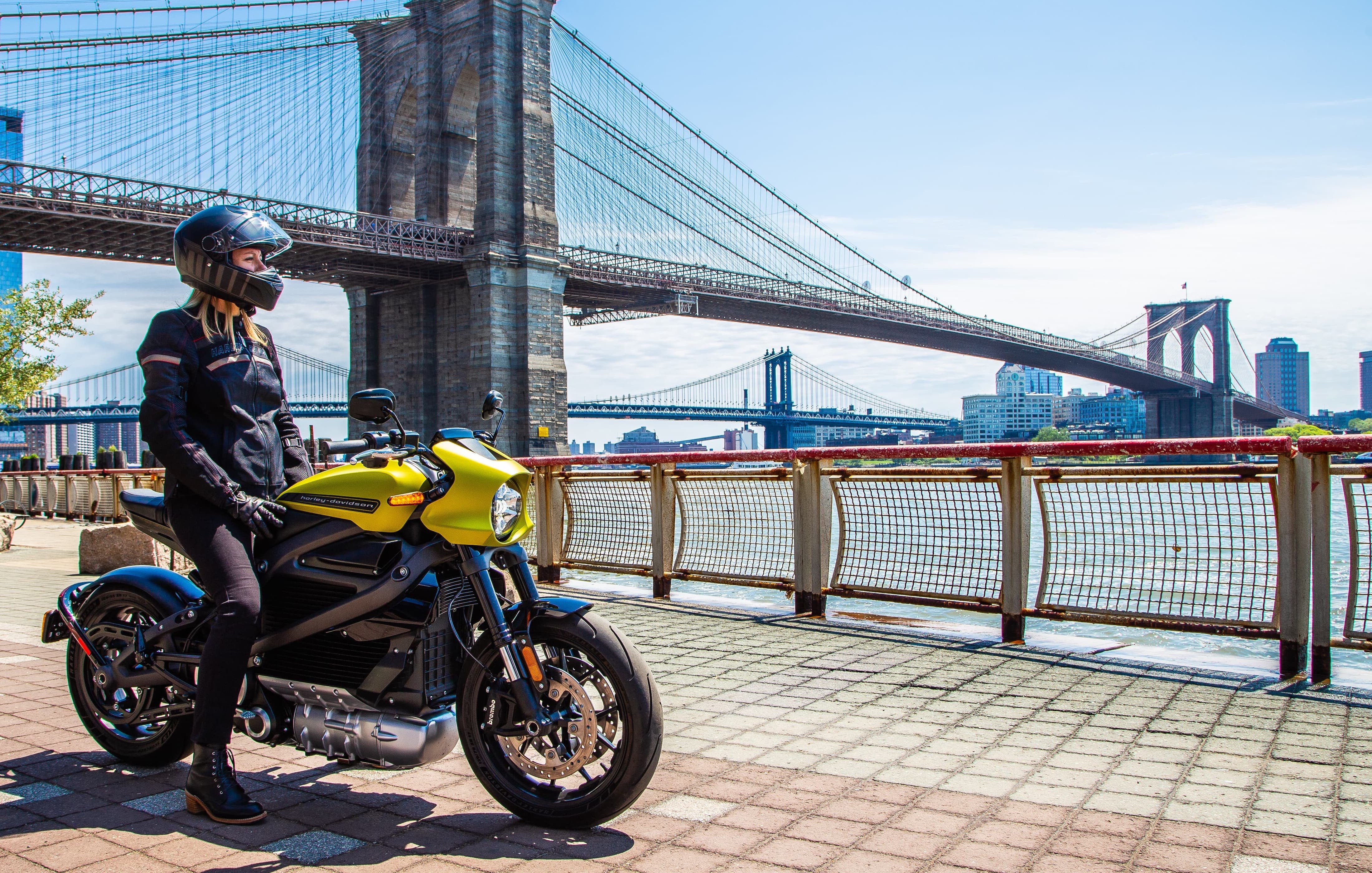 Stop and start traffic is terrible, especially from a fuel efficiency standpoint. Standard cars achieve peak efficiency when traveling at a constant speed above 50mph, which is basically the polar opposite of what driving in a city is like. Traffic in cities allows you to maybe get up to 35mph, and have you stopping every few hundred feet.

This creates a situation with a lot of breaking, idling, and accelerating. All terrible energy wasters—at least for gas vehicles.

With electric motorcycles, however, stop and start city travel is what they live for! When idling, they waste next to no energy, and thanks to regenerative breaking, frequent stopping means that they end up actually recharging their battery. Talk about synergy!

One reason people are daunted by traditional motorcycles is the idea that they need to control the sequential transmission—aka shift. Manual anything has largely fallen out of fashion in the United States, but in gas motorcycles, having an automatic transmission is incredibly rare.

But that is not the case with electric motorcycles. Given the fact that they basically only have one large gear, there is no need to shift! Operating an electric motorcycle is as easy as twisting the throttle to go and squeezing the break to stop. Couldn’t be simpler.

5. Electric motorcycles are cheaper to operate 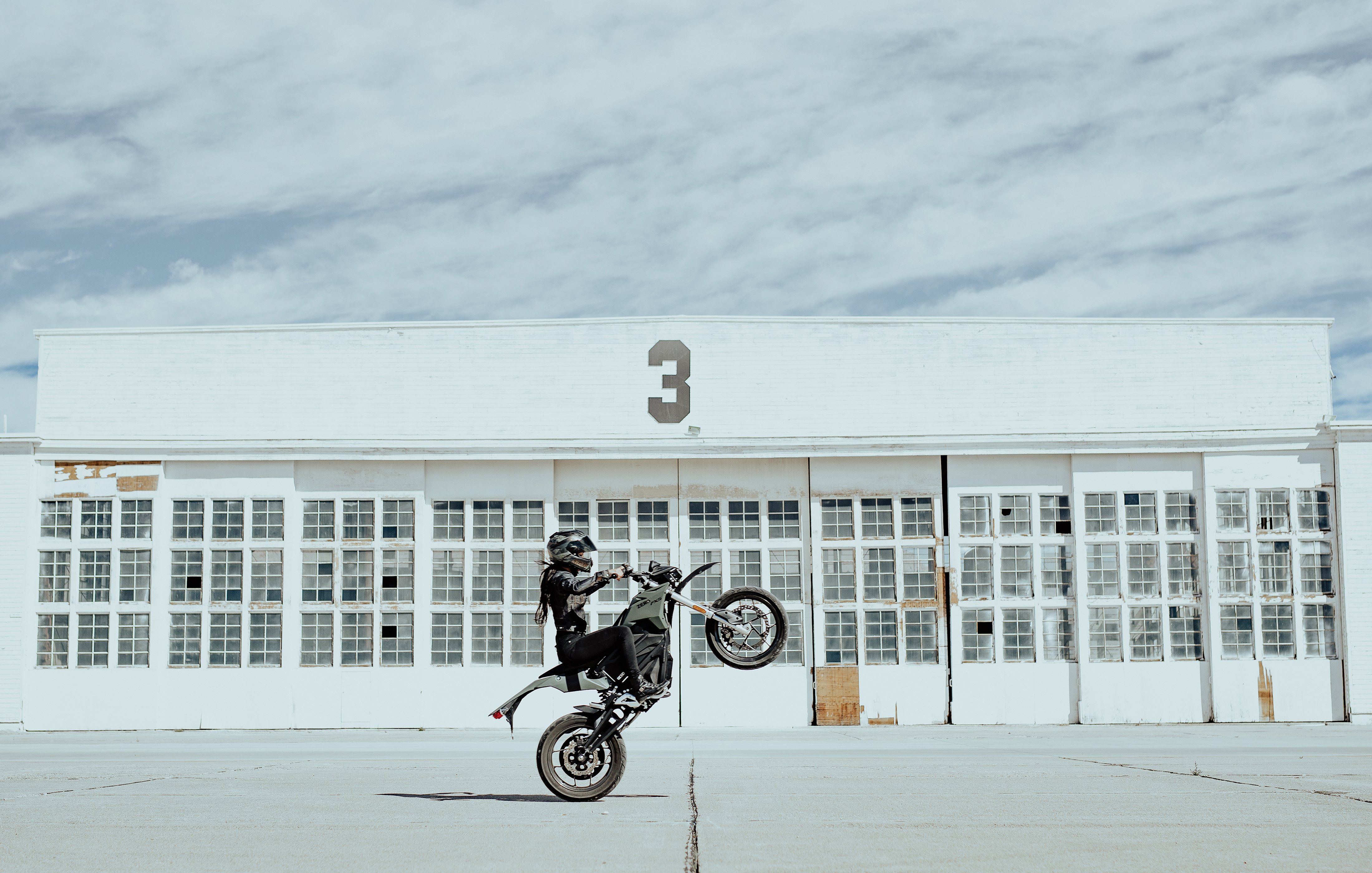 From a purely operational standpoint, electric motorcycles require a fraction of the upkeep of a gas bike. No leaky gaskets. No spark plugs. No oil changes. For people interested in motorcycles, but not in getting their hands dirty (literally and figuratively), electric bikes take the cake.

Add to that switching from gas prices to electricity, and the savings become readily apparent. $2.50 a gallon? How about filling up the entire battery for under $2.00. 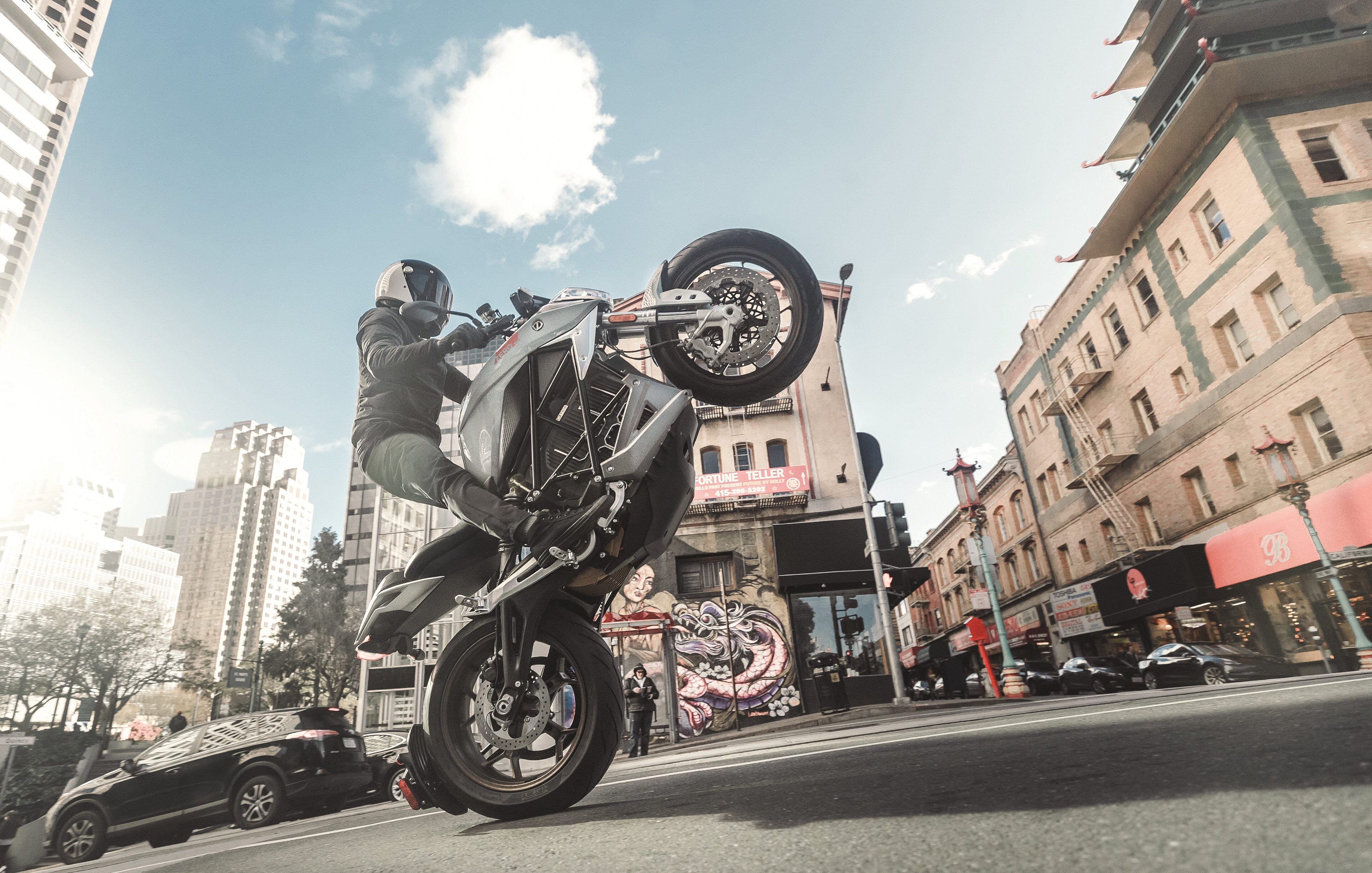 Anyone who has ridden a motorcycle will tell you just how exhilarating the feeling is. And with an electric motorcycle, you get the added benefit of instant torque. This means, as soon as you hit the throttle, you start accelerating.

No shifting into second and third to avoid redlining—just a straight shot towards top speed. The same is true with electric cars, but the feeling really comes alive when you’re out in the open, feeling the wind rush all around you.

If you’re interested in seeing the future of two-wheeled eMobility in person, come to REVOLUTION Connected NYC on November 12th to check out some awesome new electric motorcycles from Harley-Davidson, Zero, and Energica. You’ll even be able to test out the instant torque and take a mock test drive!

For more information, or to register a ticket, visit revolutionconnected.com.