Last week, Electrify America received approval for its ambitious $200 million California Zero Emission Vehicle (ZEV) plan—its second cycle of investment in charging stations, education, and R&D. The investment will run from mid 2019 until the end of 2021, and will make up 25% of the overall $800 million 10-year ZEV investment for California.

The approval came in shortly after California crossed the half-million electric vehicle (EV) milestone and with the current rate of growth, the State seems well on its way to exceeding its target of 1.5 million EVs by 2025—but not without a little help improving EV infrastructure.

While California’s EV growth has been skyrocketing, the development of EV infrastructure has not been keeping pace. The needs of the increasing number of EV drivers on the road must be met if continued growth is expected to happen.

Fact: The State of California alone has half of the EVs in the US, but only 18,000 public chargers. This means that there are less than four public charging stations for every 100 EV drivers on the road in California. In comparison, there are 25 public charging stations for the same number of EV drivers on the road in the Netherlands. This infrastructure shortage deters numerous prospective car customers from choosing to drive electric.

Which is why Electrify America is so important—not only will it help put thousands more chargers in the ground, but also assist with building awareness of the EV industry and the State’s ambitious climate goals. And here’s how: 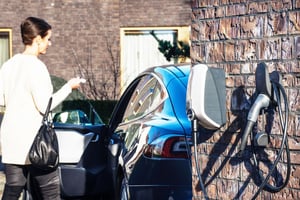 The Electrify America plan includes a $12 million allocation for an innovative residential charging program. This allocation is sensible, because EV drivers conduct more than 80% of their vehicle charging at home. WiFi connected chargers with controllable settings can help Californians manage the time variant rate structure since charging at off-peak times can lead to astronomical utility bills. Simply put, smart home charging stations help you save money by charging when energy rates are lower.

In addition, Electrify America offers to operate an aggregation of residential chargers to manage their charging pattern as a response to grid conditions. The California grid operator currently pays generators big dollars to turn off their turbines in the afternoon because the grid has too much solar power and nowhere to send it. In April 2018, California solar and wind farms dialed back 95,000 megawatt-hours of electricity—enough to power more than 30 million homes for an hour.

Now imagine a group of managed residential stations that could start charging EVs during those specific times after receiving a signal from the grid. Californians would not have to waste money on power that wasn’t even generated in the same place.

In configuring their EV stations to charge at grid friendly times and respond to demand response signals, participants of the residential charging program would receive financial incentives, thereby creating a win-win situation for both the customer and the grid. 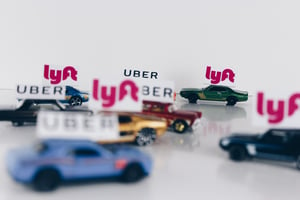 Electrify America plans to spend approximately $100 million on direct current fast chargers (DCFC) in targeted metro areas. While these stations will benefit all residents, they should be especially helpful to rideshare drivers. Lyft and Uber drivers have several economic incentives to go electric—from the obvious savings on fuel and maintenance, to government tax credits, and an overall smoother driving experience for their passengers (and themselves).

Rideshare drivers primarily face three barriers when considering an electric vehicle: vehicle costs, vehicle range (or lack thereof), and reliable access to charging infrastructure. For the first two, the automotive industry is chipping away at these barriers by introducing more economical EV models with larger batteries. Charging infrastructure, however, still has a long way to go.

Rideshare drivers want peace of mind that they can charge quickly anywhere in their city. Time lost is money lost, so the time it takes to charge is paramount. For most rideshare drivers, charging time should not exceed 30 minutes—the time it takes to drink a cup of coffee. But time is not the only factor—another major concern is that stations need to be accessible at multiple locations in their covered area. It doesn’t do them a lot of good if there are a dozen DCFCs available across town when their car battery is low. The stations need to be spread out.

The 150kW DCFC located in strategic locations in cities will achieve just that. While the Electrify America program might not be sufficient to support mass electrification of ride share vehicles, it will definitely help create a compelling business model for future third party investments. 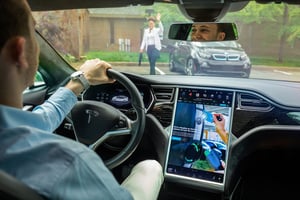 Electrify America will also spend $17 million in education and awareness to boost adoption of plug-in electric vehicles and fuel cell vehicles. It is troublesome but not surprising that half of Californians have never heard of a ZEV. Up until now, the onus has been on NGOs and trade associations to focus on EV marketing. The challenge here is that such entities have limited resources. Auto manufacturers spend millions of dollars on campaigns for cars, but not so much on ZEVs since they account for only about 1% of the US market. As such, large entities willing to make significant investments into promoting EVs are limited. It is heartening to see Electrify America step in and focus on promoting ZEV awareness in traditional media while also spending 35% of their marketing budget in disadvantaged communities. This strategy is poised to substantially improve the education and knowledge base of those who are most impacted by pollution and, in turn, need ZEVs the most.

We are excited to see a program like Electrify America poised to catalyze the transition to EV, and look forward to seeing many other programs like it crop up in the years to come. The future is electric, and it’s all of our jobs to get there.