How the EU is accelerating eMobility across Europe

Between May 23 and 26, 2019, European citizens will once again have the chance to jointly decide on their representatives in the European Parliament, the democratic institution that defends their interests in the EU decision-making process. The upcoming European Parliament elections provide another chance for Europeans to be involved and have a voice on topics such as jobs, business, security, migration, and climate change.

In recent years, there has been an increase in Euroscepticism, the feeling of displeasure towards some or all European Institutions. According to the Eurobarometer, since 2007, popularity and trust in the EU have decreased significantly, currently hovering at less than 50%. 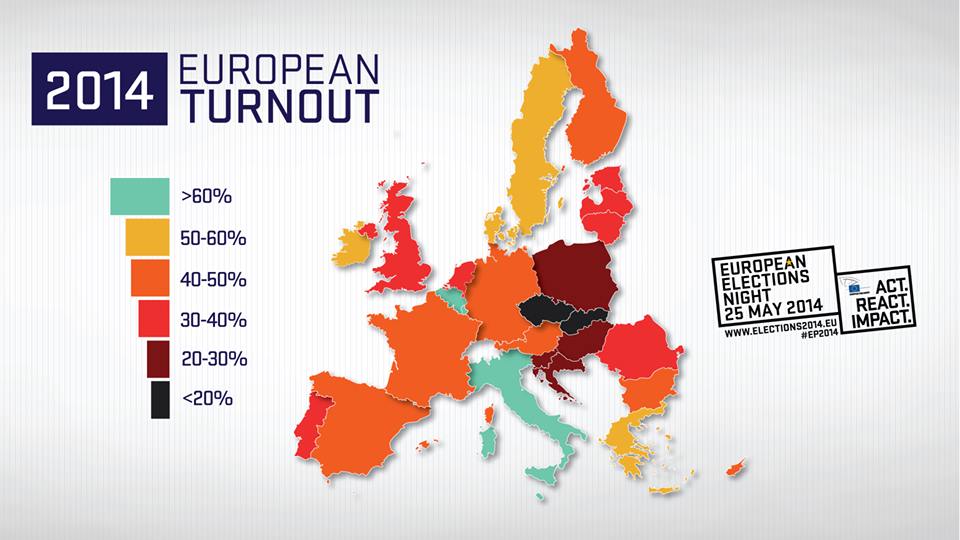 Another study conducted by the Eurobarometer concluded that 96% of the 27,643 respondents agree that the EU has a responsibility to protect the natural world. This begins with tackling climate change. In recent years, the EU has increased support for renewable energies and set high targets to help reduce our carbon footprint.

This past December, the EU agreed to cut carbon emissions from polluting vehicles by 37.5% in the coming decade. Electric cars (EVs) are a major part of this emission-reduction plan. EVs produce fewer emissions that contribute to climate change and smog than petrol vehicles. 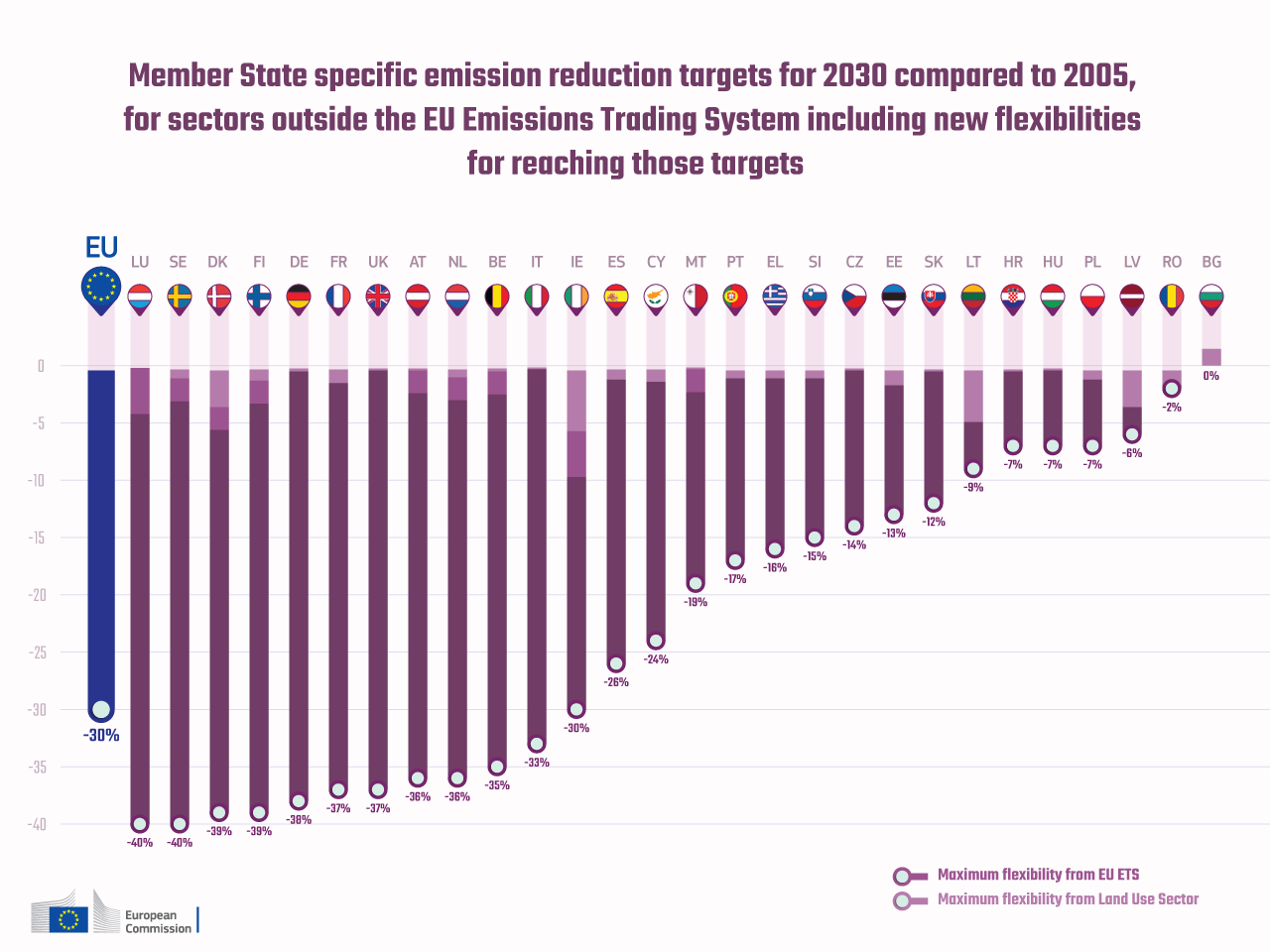 When choosing between a petrol or electric vehicle, the most environmentally friendly option is undoubtedly the EV. EVs are more efficient and waste less energy when driven in cities. More EVs on the road and in cities will also improve air quality due to less fuel exhaust.

How can the European Union help the EV sector?

Europe is already a world leader when it comes to electric cars and EV charging stations. With the development of long-range EVs, people are more willing to switch than ever.

However, one question that many consumers have is, “What if I need to charge my car when I'm not at home or work?” This is where European countries have come together to help solve a common problem—the lack of a pan-European EV charging network. When it comes to accelerating the transition to eMobility, the European Union is able to have a huge impact. 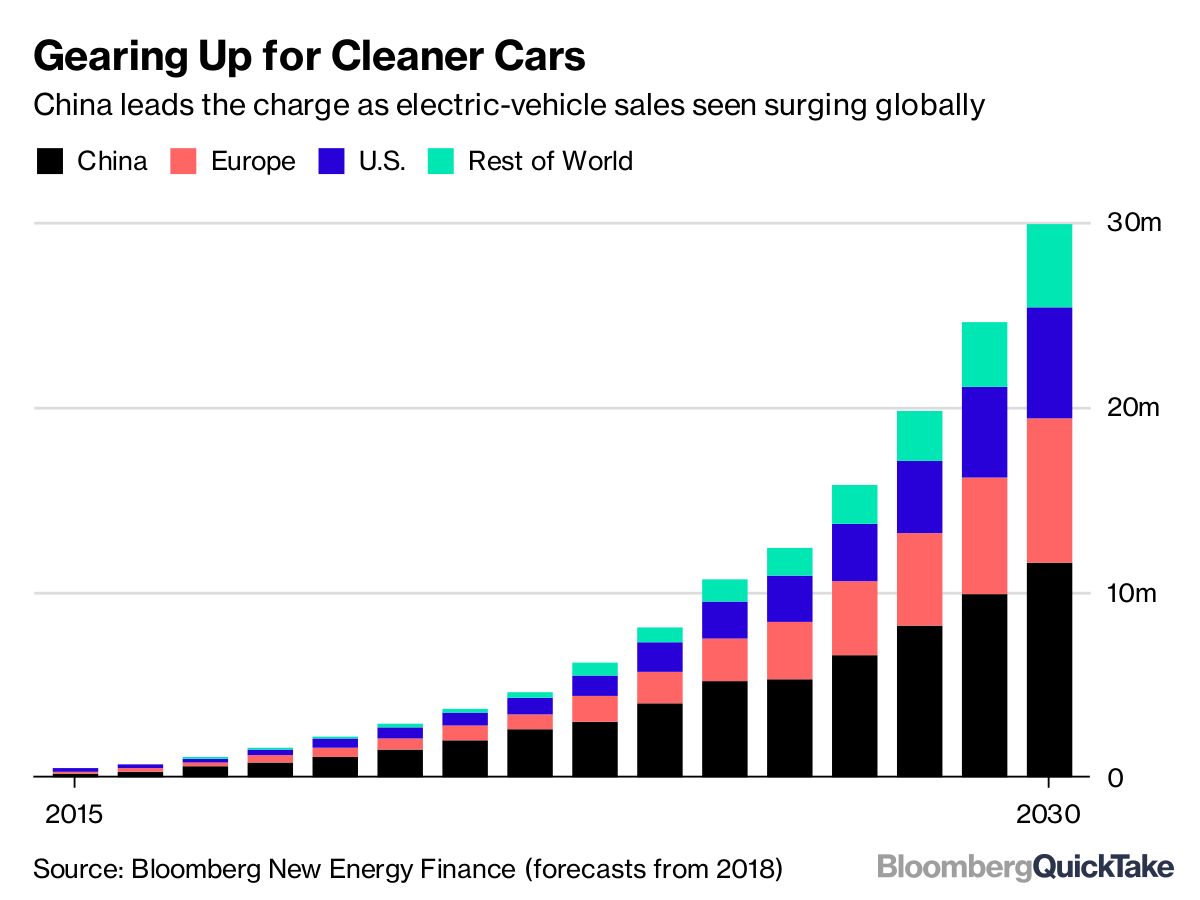 Because electric driving is a relatively new and relatively unregulated issue, the EU can help by implementing common rules and standards for EVs and charging infrastructure. Roaming service for charging stations—the ability to charge an EV on any provider’s network with one cumulative bill per month—is not yet available in many countries.

Last year, EVBox and ChargePoint announced the first roaming partnership that enables EV drivers to roam between charging networks. However, more partnerships like this are needed. Once the infrastructure is in place, Europeans will have much greater freedom of movement.

“Electro mobility is not even a relay race where we can sit and wait while the others are running. It is more like a group race where we must all accelerate at the same time.”

-  Maroš Šefčovič, Vice-President of the European Commission for the Energy Union at the Networking Conference on Electro Mobility 2018

For the past decade, the European Union has invested billions of Euros to install charging infrastructure across the continent. While EVs are currently still far outnumbered by petrol vehicles, with the increase of new and more affordable models, it’s expected that the number of EVs will skyrocket in the coming years. It’s imperative that charging infrastructure grows to accommodate those numbers. 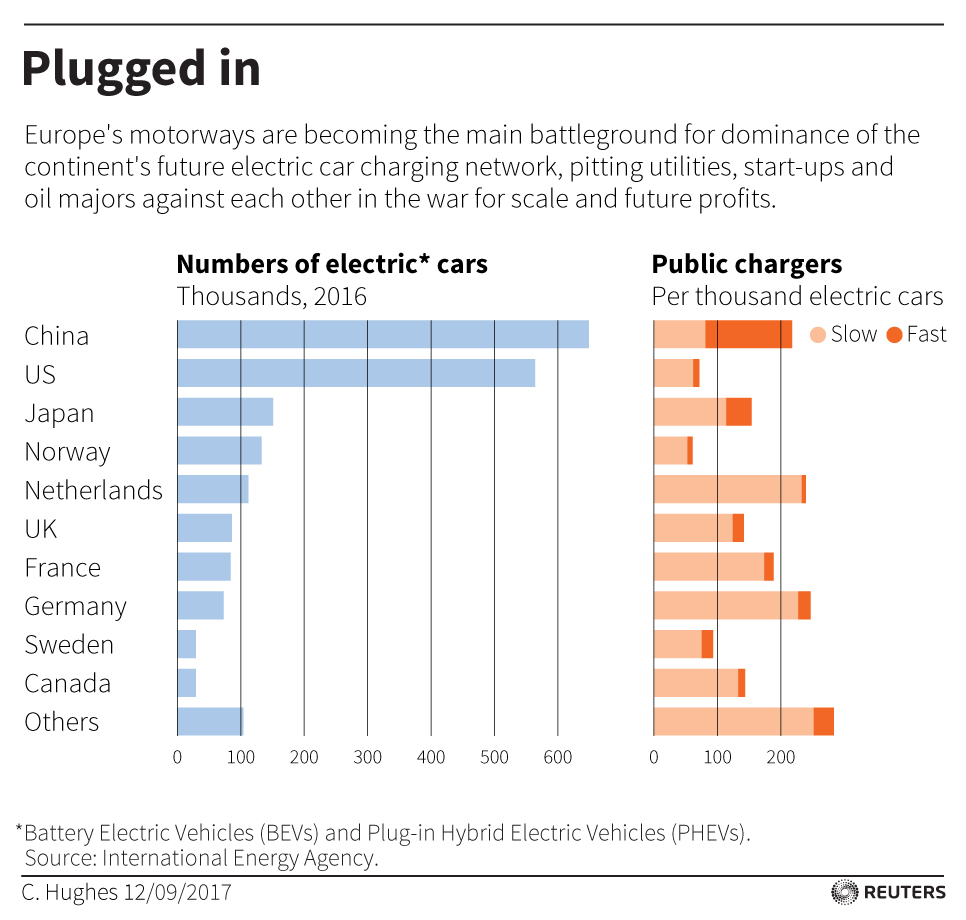 Though individual European countries and cities have implemented measures to promote eMobility, large-scale adoption of electric mobility cannot be managed by the disjointed efforts of individual cities alone.

The European Union has been co-funding projects to incentivize and help organizations install charging ports all over Europe. Emmanuel Oury, Head of High-Power Charging at EVBox Bordeaux, has been able to take part in EU co-funded projects:

“Bringing people together and free mobility were, from day one, two key points that could easily be facilitated with the fast rollout of large HPC stations all along European highways. We are proud to help push the dream of lower air pollution and a smaller carbon footprint forward.” 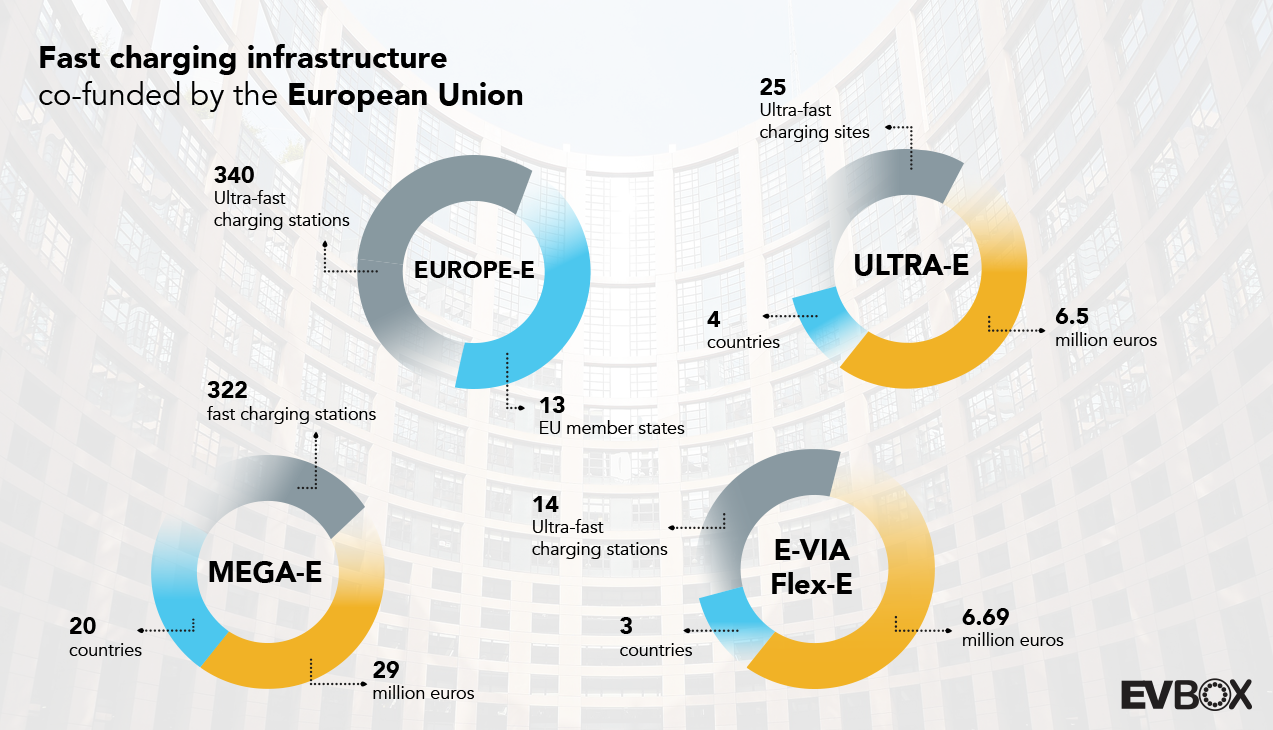 The European Union facilitates cooperation between European nations with funding, dialogue, and support. We need to take action now on climate change.  Don’t forget to vote in the upcoming European Parliament elections from 23 to 26 May!