Geotab has joined REVOLUTION—our digital conference—to promote the adoption of eMobility. Geotab provides telematics solutions for fleets across the globe with an open platform that is able to work with external software and hardware.

Vehicle fleets are not a new concept, but much like teaching an old dog new tricks, fleet owners need to become aware of the tools and practices available for reducing business costs and the amount of CO2 being pumped into the atmosphere.

In a world becoming increasingly connected by the internet of things, every conceivable inanimate object has the potential to send and receive data. Think about the amount of data your smartwatch collects about your exercise habits, and then imagine the amount of data available given the number of humans (with varying levels of animation) that use these devices.

In short, there is more data than ever to consume—more numbers being generated, and more categories being created. At the beginning of the millennium, miles per gallon (MPG) would be the best way to highlight or denounce a vehicle’s fuel and economic efficiencies. Now, thanks to telematics, fleet owners can obtain statistics such as tailpipe emissions per annum, EV battery levels, charging status, and many more.

The digital recording of events that were formerly “offline” makes the adoption of eMobility more commercially viable and financially persuasive. Adding existing vehicles to the network of connected objects is the first step in obtaining, understanding, and acting upon a myriad of newly accessible numbers that will better inform decision makers.

Information is a source of learning. But unless it is organized, processed, and available to the right people in a format for decision making, it is a burden, not a benefit.

The quote above rings as true in today's age of eMobility as it would have almost two hundred years ago. In essence, numbers are great—but for actionable insights to be created from them, these numbers need to be presented in an easily digestible manner.

Sure, we'd like to move away from unsustainable, fossil fuel-emitting vehicles, but this can't happen through just the thoughtful contemplation of numbers—and there are enough numbers to go around. The sheer number of, well, numbers, means that they need to be consumed efficiently. But how can you consume such a vast quantity of data, and make sure that the right message is being digested? 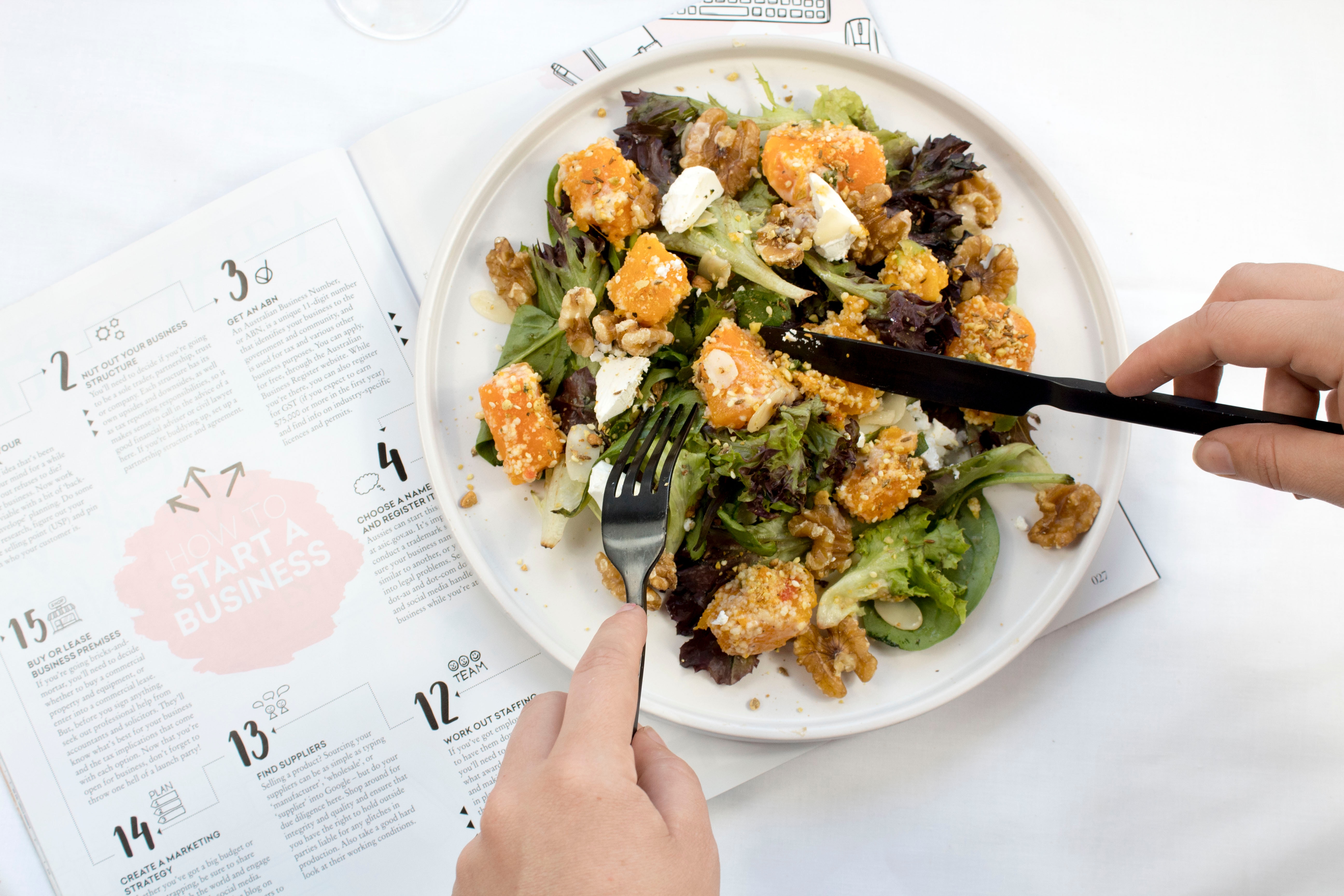 To go along with this suddenly more food-themed problem, it’s best to think about telematics, and bringing the right message to convince people of eMobility adoption, in terms of nutrition. Numbers dominate media landscapes, but what is more important is the way that these numbers are understood and perceived. Consuming the right numbers and digesting them in a well-informed manner is key to establishing a healthy nutrition plan for eMobility adoption. The earmarking of $10Bn for addressing the climate crisis is all well and good, but this number may look far less impressive or impactful when seen in a different light—making them harder to swallow.

A numerical advantage with the same numbers

Two million—a fairly arbitrary number—can be big, small, or distinctly unremarkable depending on the context. Two million cars out of a world that contains more than one billion (depending on which source you believe) is a relatively tiny 0.2 percent of the total.

However, two million becomes a far more significant number when put into context, and when you consider the number of data points that can be extracted from just one vehicle. Geotab now has two million subscribers on its open telematics platform—making it the largest commercial telematics company in the world. That's a lot of data points, a lot of numbers, and a lot to ponder.

The two million vehicles that make up Geotab's network combine to travel 585 million miles each week on average. That’s a lot of miles. 585 million is certainly a bigger number than 6.3.  Where did we suddenly get 6.3 from? Well, here's some more context—585 million miles is the equivalent to 6.3 trips to the sun. Same numbers, different perspectives.

How numbers are presented and understood is crucial to accelerating the adoption of EVs and eMobility in general. At the dawn of modern computing technology, the sheer amount of numbers would pose problems for humans and the machinery used to coax conclusions out of the figures. Today, not only can numbers be computed, but they can be categorized, compared, and transformed to persuade an individual of a certain viewpoint.

Range anxiety is a term that is still thrown around irresponsibly when EVs and eMobility come up in discussions. In reality, most drivers will not have to worry about their battery running out of electricity—simply because they do not travel far enough on a day-to-day basis to warrant it.

Telematics gathers the data that helps to create a rationale for electrifying a particular fleet. Taxis and cabs may cover more than a typical car in the space of a day, but knowing that they could be operating in cities such as London, Amsterdam, or New York means that they won't be left wanting for charging ports. And if you're skeptical about the time that could deduct from their operating hours—then telematics could provide the data that proves exactly how and why these vehicles have enough time to recharge.

Questions may arise when considering longer journeys, like those that take place on a vacation, or the one-off trips that are required for work and other scenarios. However, the adoption of EVs means that the world will require an improvement in the size and reach of EV charging infrastructure—provided by innovative battery and charger technologies.

Telematics not only reports numerical statistics, but also includes the location data for vehicles, the routes that these vehicles often take, and the time that they spend idling. So, with the vast amount of data that can show when and for how long fleet vehicles are idle, better-informed decisions can be made as to whether or not an ICE can be replaced by an EV. With these statistics, fleet owners will feel safe in the knowledge that there will be ample charging time provided where periods of non-use exist.

Geotab’s EVSA helps to process, make sense of, and distribute numbers and findings to fleet owners and other decision makers looking into (or in the process of) electrifying their fleets. This is a tool that fits into eMobility's general principle of being accessible and adaptable. Much like the Open Charge Point Protocol, the EVSA relies upon Geotab’s device-agnostic protocol.

In short, the EVSA is a tool that works with any external piece of software, or hardware because of the flexibility provided by open protocols. Open protocols are, naturally, accessible and can be seamlessly integrated into existing workflows—whether these are related to software, hardware, or both.

Because of hardware like the Geotab GO device, data can be transmitted from existing sensors in fleet vehicles (such as those attached to fuel controllers)—allowing the numbers to “pass through” the IoT gateway to become accessible to the EVSA.

Because of tools like the EVSA, the spread of misinformation and assumptions, such as range anxiety, can be challenged—helping to educate decision makers on the feasibility and benefits of EV adoption, and the electrification of existing fleets.

Presenting the numbers through tools such as EVSA are exactly what needs to happen for sustainability to carry more clout than a simple buzzword. Businesses should already be including sustainability as a core part of their business model. There should be a shift in focus from stopping certain actions—excess production leading to more emissions, for instance—to what we should start doing.

Actions that we start taking don't need to be wholly physical—as you've just read. The generation of numbers is the first step to understanding what can be done in the real world to save emissions, and fleet owners can reduce the cost of maintaining their vehicles through telematics.

By recognizing the power of telematics, you can become aware of patterns and numbers that provide early warning signs. Not only will this improve your fleet's bottom line, but it will also help you contribute to a more sustainable world.

For more business insights, as well as electrifying debates and keynotes, be sure to register for REVOLUTION Digital on September 8—you don't want to miss this.