As of July 20th, 1969, humanity was no longer confined to the boundaries of Earth. During his keynote speech at rEVolution 2019, one of the largest global conferences for the eMobility and cleantech industry, Ron Garan, former NASA astronaut, elaborates:

“We went all the way to explore the Moon, and, in the process, we discovered Earth.”

Apollo 8, the first manned mission to the moon, entered lunar orbit on Christmas Eve, December 24th, 1968. That night, the astronauts that were part of the mission shared a photograph of Earth as seen from their spacecraft.

Today, the photo is known as Earthrise. 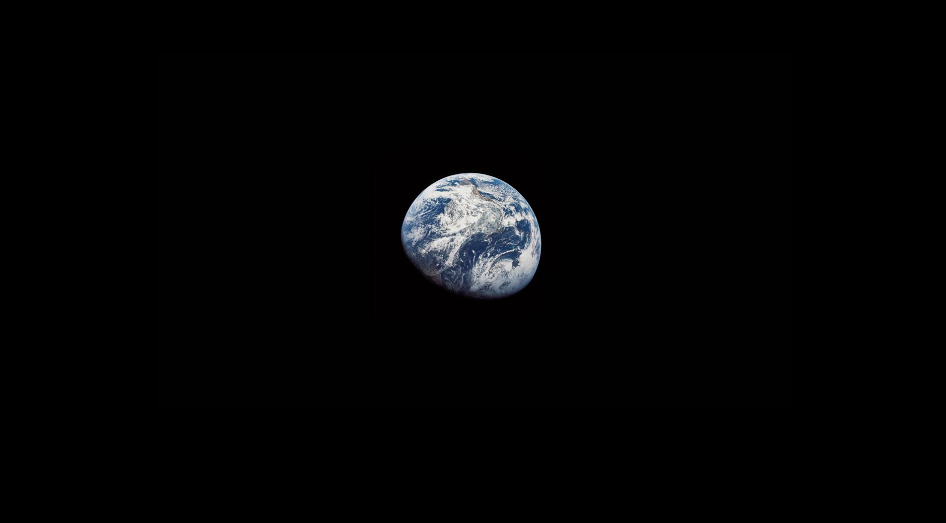 Garan notes that decisions are being made today, and trends that will impact our future and the future of mobility are developing. The disruption and uncertainty that exists should be transformed into opportunities. A holistic approach should be taken into consideration.

Garan says that seeing Earthrise (fig. 1) changed his life as much as it revolutionized the world. When we zoom out and look at Earth from an orbital perspective, we realize what is the most important. When Garan first saw Earth from space, he came to the conclusion:

“We are one people, traveling on one planet, towards one future.”

To him, Earthrise highlights the unity that we, as a species, are called to.

Inspired by Earthrise as a young boy, Garan knew from an early age that he wanted to become an astronaut. His hard work paid off, and his dream of flying in space came true in 2008 when he, along with the crew of STS-124, launched into orbit on board the space shuttle Discovery.

Garan recalls that when he looked outside the window on his first day in space, he realized how breathtakingly beautiful Earth was. There, he felt extremely grateful for the opportunity to see Earth from above. He says that “being physically detached from Earth made me feel deeply interconnected with everyone on it.”

However, once we zoom in on Earth, things are different—borders divide us.

A world united by Earth

Garan was born at the height of the Cold War—the year that Yuri Gagarin became the first human in space. Fifty years later, Garan launched into space as a member of the Russian spacecraft Gagarin. He recalls on the day of his launch that, on the top of the rocket that would launch the spacecraft into orbit, an American flag and a Russian flag flew side by side.

Throughout his upbringing, Garan was taught to fight against the Soviet Union. Back then, he operated in a two-dimensional world—the Americans vs. the Russians.

Even today, we operate in the two-dimensional landscape of nation-states (fig. 2), with corporations and political parties competing over resources and fighting over ideologies.

In the image of Earthrise, there are no national borders. In order to make progress, we cannot afford to make decisions based upon the two-dimensional map where countries are clearly divided. We need to design and build a future that is based on Earth—on humankind.

To him, Earthrise (fig. 1) embodies three pillars: interdependence, long-term thinking and profound collaboration. These three principals are what will lead us to a brighter future, one where we all can live in peace and harmony. But how do we get there?

Working together—because we can’t do it alone

During his six months in space, Garan got into the routine of appreciating Earth. He often wondered what the world would look like in 50 years, and how humans can overcome the challenges facing our planet. He believed that we humans already have all of the technology and resources needed to solve the problems facing our planet but, while in space, he wondered why these problems still persist.

On one of his first spacewalks, Garan found himself looking down at the International Space Station under him and our planet behind it. He realized how incredible the International Space Station was. It was not only a great technological accomplishment, but also a very complex structure and, most importantly, an amazing example of international cooperation. He found it unbelievable that fifteen nations, some of which had fought wars against each other, set their differences aside and created an incredible piece of technology in space together. 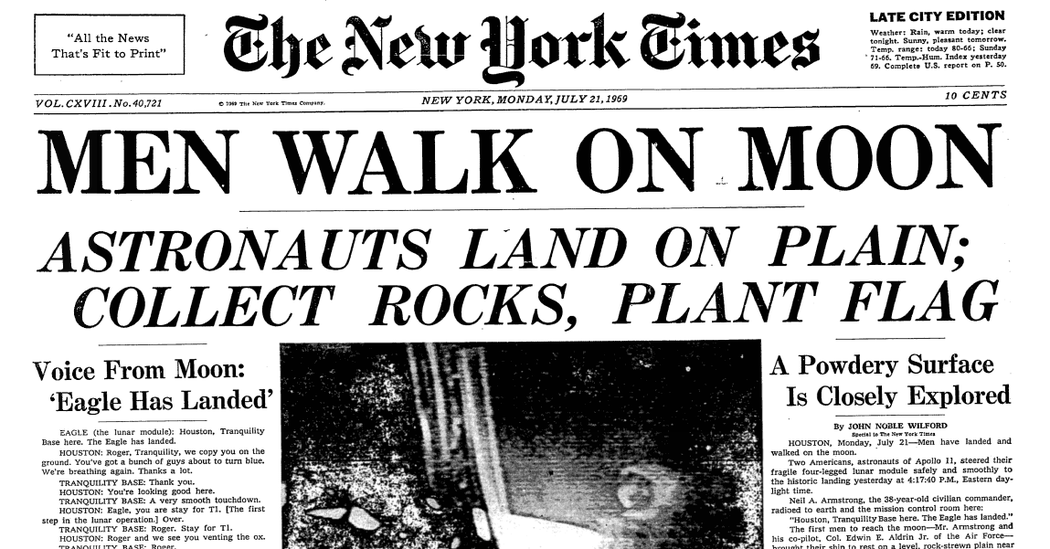 “What would the world look like if we could overcome our cultural differences and collaborate?” Garan asks. He also highlights that achieving international cooperation is not easy—partnerships are expensive and maintaining relationships takes time and work.

Most importantly, what is it like to truly collaborate? He suggests taking an orbital perspective of collaboration—we need to look at society as an organic whole. This way, collaboration will lead to diverse groups working together toward the improvement of all of society.

We are at a moment in time when it’s easy to incorporate ideas from people all over the world, regardless of ideology, cultural differences, and geographic location. Garan notes that companies engaging in corrupt practices or focusing on maximizing profit at all costs will “begin to see themselves being left behind.” True collaboration will bring great economic growth but companies and organizations must also engage in open practices.

Garan adds that “great accomplishments will require dedication and hard work,” and that “stepping out of the comfort zone and looking at things from a different perspective is crucial.” Those that are courageous enough to adopt innovative approaches and collaborate across different industries and borders will be able to achieve “disruptive progress.” 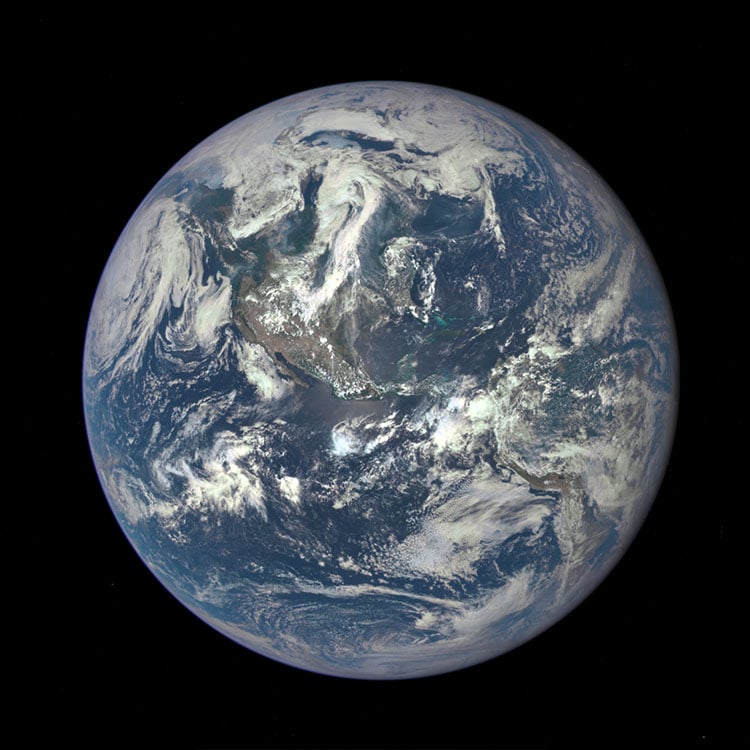 On July 21st, 2015, NASA released a new photo from Earth: the Blue Marble (fig. 4). “This is the only home we have ever known” Garan says. “We can also think of our home as a spacecraft, Spaceship Earth, traveling through the universe.”

Garan further notes that our spaceship does not have closed life support and that we are using our resources faster than they are being replenished. There will be a point when we will run out of the resources we need to sustain our lifestyles. Garan insists that we need to reduce the rate at which we are consuming our non-renewable resources. Being sustainable is not only for the next generations, it's also good business.

Businesses are a major driver of the endeavor for sustainability, and need to be creative to find new and more sustainable practices. When asked how companies and organizations should proceed, Garan replies that priorities need to be aligned and companies that are only focused on the short-term will be at a massive disadvantage, as their main resources will become more and more scarce.

To capitalize on sustainability, Garan suggests that we need to keep the big picture in mind, or, as he likes to call it, to remember the orbital perspective.

“Why don’t we see ourselves as planetary?” Garan wonders. “Why do we use ‘global’ instead of ‘planetary’?”

The answer is easy. ‘Global’ represents the abstract lines covering a sphere and is connected to our economy. The economy is a subsystem of society which in turn is part of the biosphere, which makes our global economy a wholly-owned subsidiary of the biosphere, instead of the other way around. However, humankind makes growing the economy at all costs a priority.

Garan (fig. 5) again suggests that an orbital perspective must be taken. This happens when sustainable business approaches are put into practice. We need to reverse our thinking from Economy to Society to Planet - to Planet to Society to Economy. Garan believes that “our society is dependent on our Planet, and our Economy is dependent on Society.”

To collaborate doesn’t mean that we agree with everything. Garan says “it means that we are willing to seek out and find the common ground, we are willing to find those things that we do agree on and use those to build a relationship and hopefully a foundation of trust that we can use to start to address the things we don't agree on”.

Nothing worth having comes easy

Zooming out to the orbital perspective allows us to start taking in how incredible Earth is and the certainty that nothing is as impossible as it appears. Garan insists that the decisions we are making now are crucial to our future.

These decisions will affect our future, our home. How we see our home will impact how we solve our problems, how we treat our planet and each other, Garan remind us. This is why we need to step out of our comfort zone and look at the broader picture.

“I believe that the decisions we are making right now concerning the future of mobility are powerful tools to effect real change,” Ron Garan concludes. He encourages us to remember the image of Earthrise—a world without borders—and to work together to create a world based on an orbital perspective.

Partner talks with Qualiphar: The classic combustion engine will disappear within 10 years

EVBox US Director amongst the top 100 young leaders in sustainability

Partner talks with Qualiphar: The classic combustion engine will disappear within 10 years

What will happen in ten years' time? We dove straight in with our partner Qualiphar from Belgium. Read about all things future-related, possible scenarios and their commitment to sustainable and innovative technology.

EVBox US Director amongst the top 100 young leaders in sustainability

Sustainable Motion brings together 100 driven young people that strive to build a more sustainable world. EV-Box is proud to have Tim Kreukniet, our US Director, amongst these 100 passionate, mission-driven, young leaders.

During last week’s AVERE E-Mobility Conference and Innovation Expo, we’ve witnessed an open exchange of data and insights from tech leaders, educators and policy makers that will foster the development and growth of innovations, ranging from bio-based food, to electric mobility.