Charging times for electric cars are not always as clear-cut as you would hope. and the actual power output of a charging station doesn’t always match the maximum as advertised.

While this can be frustrating, there could be a few good reasons why your electric car charging time isn't always as fast as you may expect it to be.

So, why is this the case?

Well, actual electric car charging times depend on a range of factors that can be influenced by your car, the charging station, your driving behavior, and even the weather conditions.

In short, these six factors are most common to affect charging time: 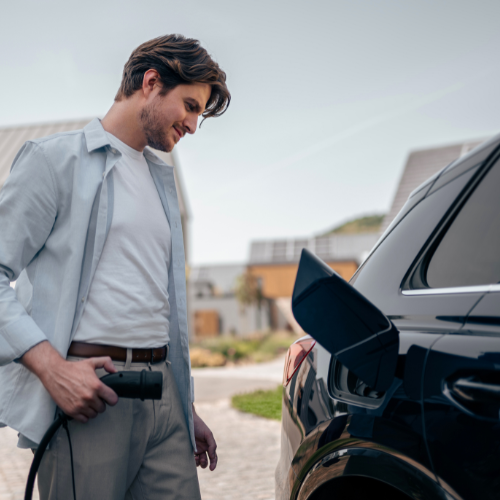 Charging times for electric cars and their influence on EV adoption

If you think you keep seeing more and more EVs out on the roads, you’re not dreaming – EV adoption has skyrocketed these past years and is reaching record sales across the world.

Despite EVs’ impressive growth, drivers still have many doubts and hesitations, especially around batteries and charging. In fact, our research with Ipsos found that EV charging times and battery duration are a primary concern for 43% of EV drivers. 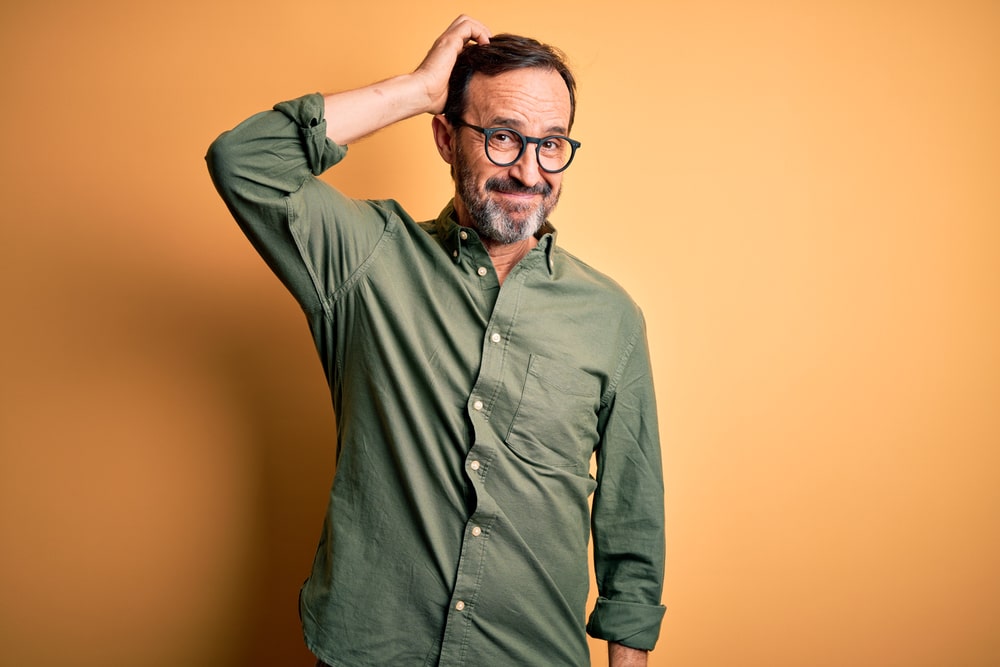 One of the most common uncertainties is around how long it takes to charge an EV, and why you don’t always get the speed advertised at the charging station.

In this article, we’ll take a look at the six most common factors that affect the time it takes to charge an electric car and we’ll explain exactly how and why this is the case.

By far the most common reason that your EV isn’t charging as fast as you’re expecting it to is a limit to its charging capacity or the power output that a charger can provide.

In other words, either your car isn’t equipped to handle the maximum load that a charging station can provide, or the charger’s maximum output is lower than the maximum power your car can accept.

This mismatch is often the cause for charging speeds below what’s advertised by a charger, especially in the case of fast charging.

Difference between kW and kWh

Before we dive into power output in more detail, we need to discuss some terminology. If you’ve ever researched EVs, you might have seen power outputs and battery capacities expressed in kilowatts (kW) and kilowatt-hours (kWh). But what exactly is the difference between the two? 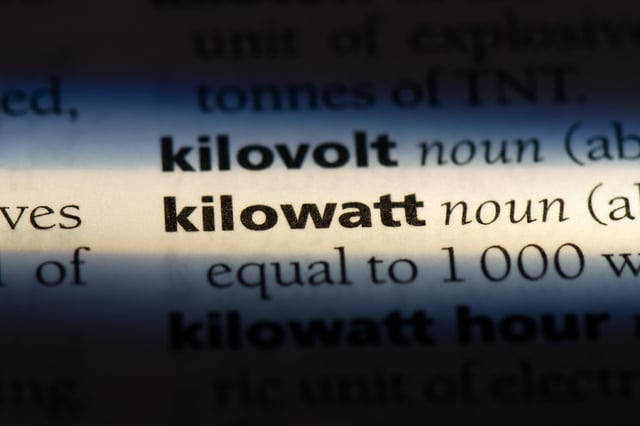 Simply put, a kilowatt measures the electrical current flow in a circuit – in other words, how much energy is being consumed on the spot. Kilowatts denote charging power and are used to express a charging station’s maximum power output.

In a residential setting, home charging stations usually have outputs of 7, 11, or 22 kW. Public fast charging enables much higher power outputs, anywhere from around 50 kW up to 400 kW.

By contrast, a kilowatt-hour (kWh) in the context of EVs represents the amount of energy stored by a battery – the higher the number, the more power (and thus, likely more range) an EV’s battery can store.

Why is this important?

This is why, even if you connect your EV to a charging station capable of high power output, it might not charge your car faster if it can’t handle the same power output.

Indeed, a charger will always match your EV’s maximum charging capacity – depending on which limit is lower. So, the charging output is restricted by either the car or the charger.

So, what do kW and kWh mean when charging electric cars?

Let’s look at a concrete example to illustrate this. Suppose you own a Hyundai IONIQ 5 Long Range AWD, which has a 77.4 kWh battery and a maximum AC charging input of 11 kW.

As you can see from the table below, you can still charge the car using a 22 kW charger. However, it won’t give you more power than the vehicle can take. 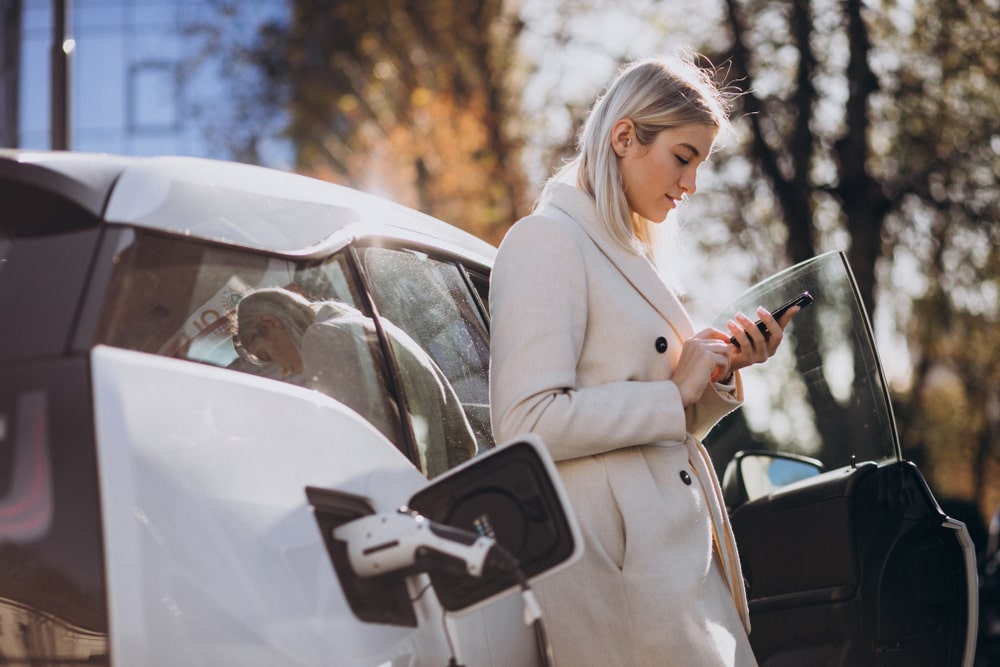 The same logic applies to DC fast charging. While there are chargers capable of delivering up to 350 (or even 400 kW of power), the IONIQ 5 is limited to 233 kW fast charging and won’t benefit from any higher power. So, even with a 350 kW charger, the car would still take the same 17 minutes to charge as it would with a 233 kW charger.

But charging capacity and a charging station’s power output aren’t the only factors that influence charging time, another important one is the state of charge (or SoC).

What is battery state of charge?

Put simply, SoC refers to how much energy your car currently holds or, in other words, your car’s battery percentage. 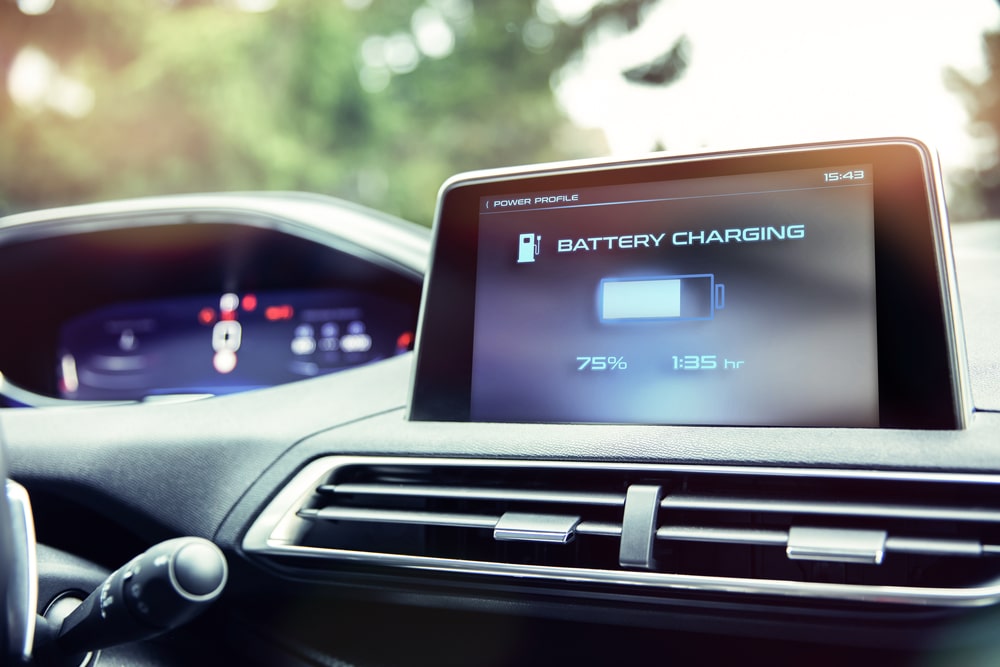 Unlike gas-powered vehicles, which fill up at the same rate regardless of how full your fuel tank is, the lithium-ion batteries used in EVs don’t charge at the same speed depending on how full their battery is.

In fact, EV batteries can charge much faster at lower states of charge (for example, 20%) than higher ones (let’s say, 80%). This is why an EV can often charge up from 0 to 80 percent fairly quickly but will take comparatively longer to charge from 80 to 100 percent.

Beyond being a product of how battery chemistry works, this mechanism also protects your battery from overheating and helps preserve its lifespan.

It’s worth noting as well that most manufacturers don’t recommend regularly charging their EVs above 80 percent anyway, so you shouldn’t experience this slower rate for everyday charging.

To finish off with a metaphor, imagine an EV’s battery as an empty glass, with the energy provided by the charging station being a full water bottle. Initially, you can fill up the empty glass pretty quickly, but as you get closer to full, you’ll have to slow down to ensure the water doesn’t overflow. This is a very similar process to what happens with EV batteries and explains why they charge slower at higher states of charge.

Another factor that can prolong charging time is if multiple EVs are connected to the same charging station or share the same power source. While not every charging station allows simultaneous charging, those that do will have to share their power between multiple vehicles if there is more than one using it at the same time. 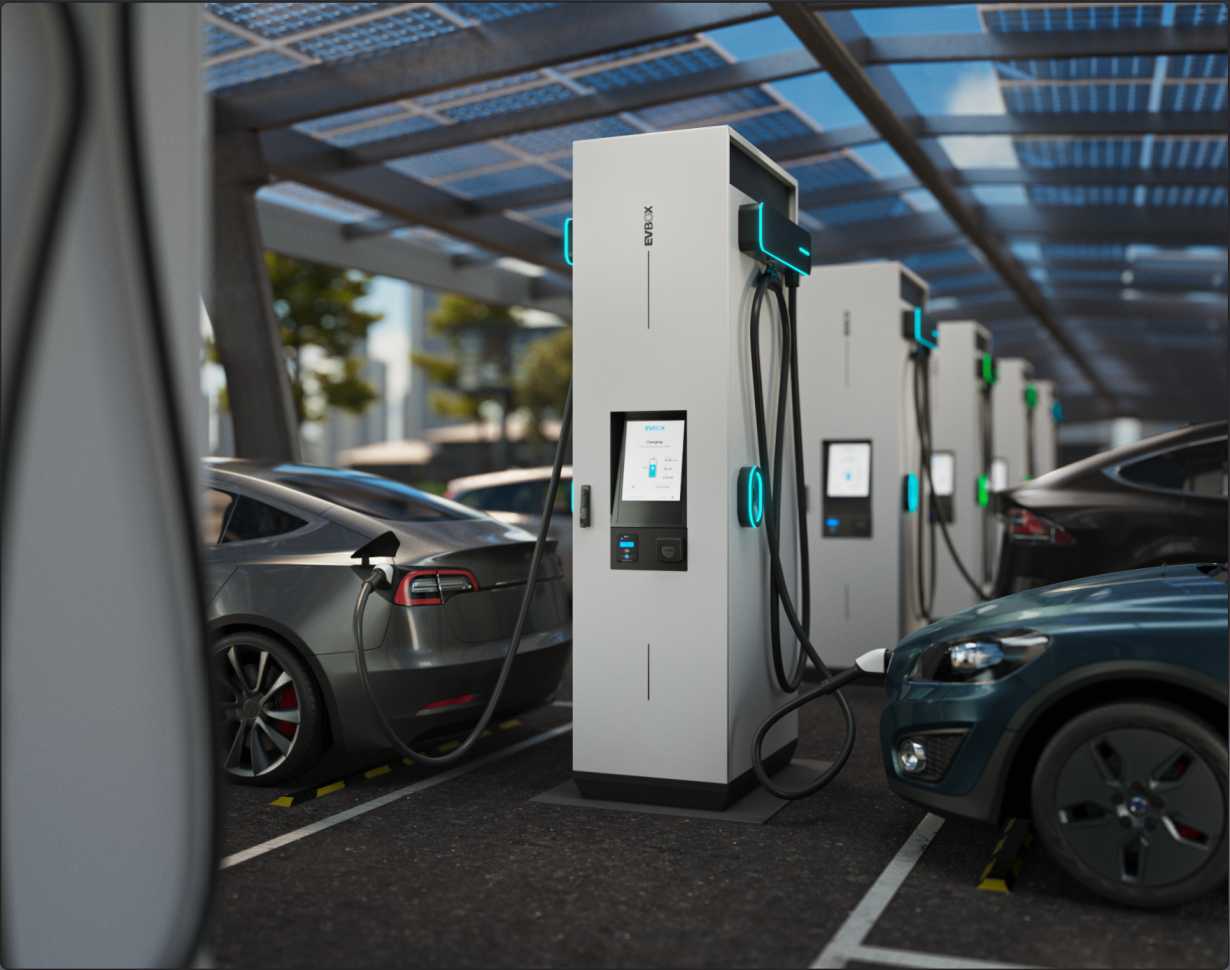 Even if chargers are separate, they might still share one power source, meaning that each charger’s output decreases as the others are used. This is often the case for fast chargers, where two units can share the same transformer, meaning the maximum power output gets halved if both are in use.

Because of this, when using public charging, it’s always worth choosing the station with the fewest or no other vehicles connected to ensure you get the highest possible speeds.

External factors, such as temperature, will also affect how fast an EV charges. This is because batteries, including the ones used in EVs, are designed to work the best in a narrow range of optimal temperatures around 20°C. When the temperature gets significantly lower or higher than that, the battery can become damaged and its capacity reduced. 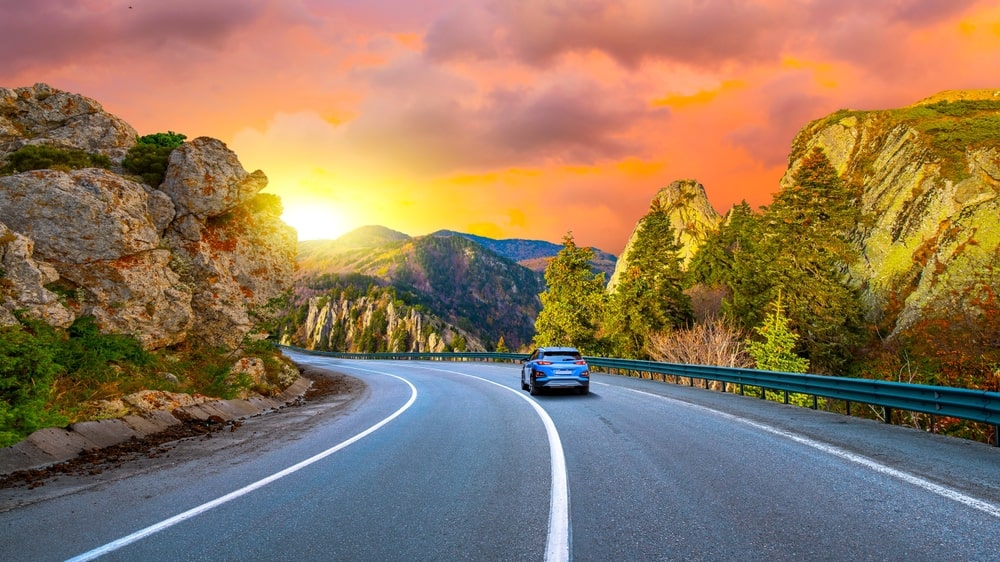 To prevent this, EV batteries are equipped with a battery management system (BMS), which monitors the battery’s operation and adjusts charging accordingly to preserve its health. So, when temperatures get outside of the optimal range, the BMS can reduce the charging rate to ensure it doesn’t damage the battery. 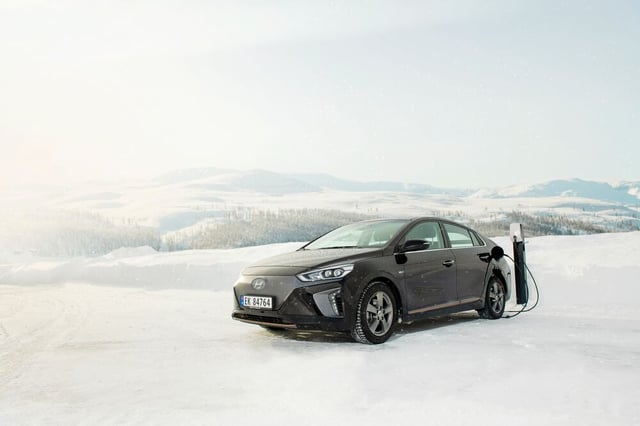 Charging can also be slower in extreme temperatures because some of the energy might be used to heat or cool the battery to bring it to an optimal temperature, resulting in somewhat less efficient charging compared to mild weather.

Of course, it’s worth keeping in mind that the influence of temperature on charging times varies between vehicles, so it’s worth checking the specifics for your car.

Charging in Winter vs Summer

Seasons change, and so do charging times. Let’s take a look at how seasonal changes affect the charging speed of your electric car.

In cold weather, a battery’s ability to take in energy decreases, meaning the charging power it can accept is temporarily lower than its usual maximum, and charging will take longer. Heating the battery, for example by pre-heating the car, can speed up charging in this situation.

The cold will also impact an EV battery’s ability to retain energy due to changes in its chemistry, which make the ions it contains lose their charge. Depending on the temperature, an EV can lose up to 4% of its battery charge when parked overnight in the cold. To ensure you always have a full charge in the morning, it’s worth keeping your EV plugged in during cold weather, even if you don’t usually need to charge every night. 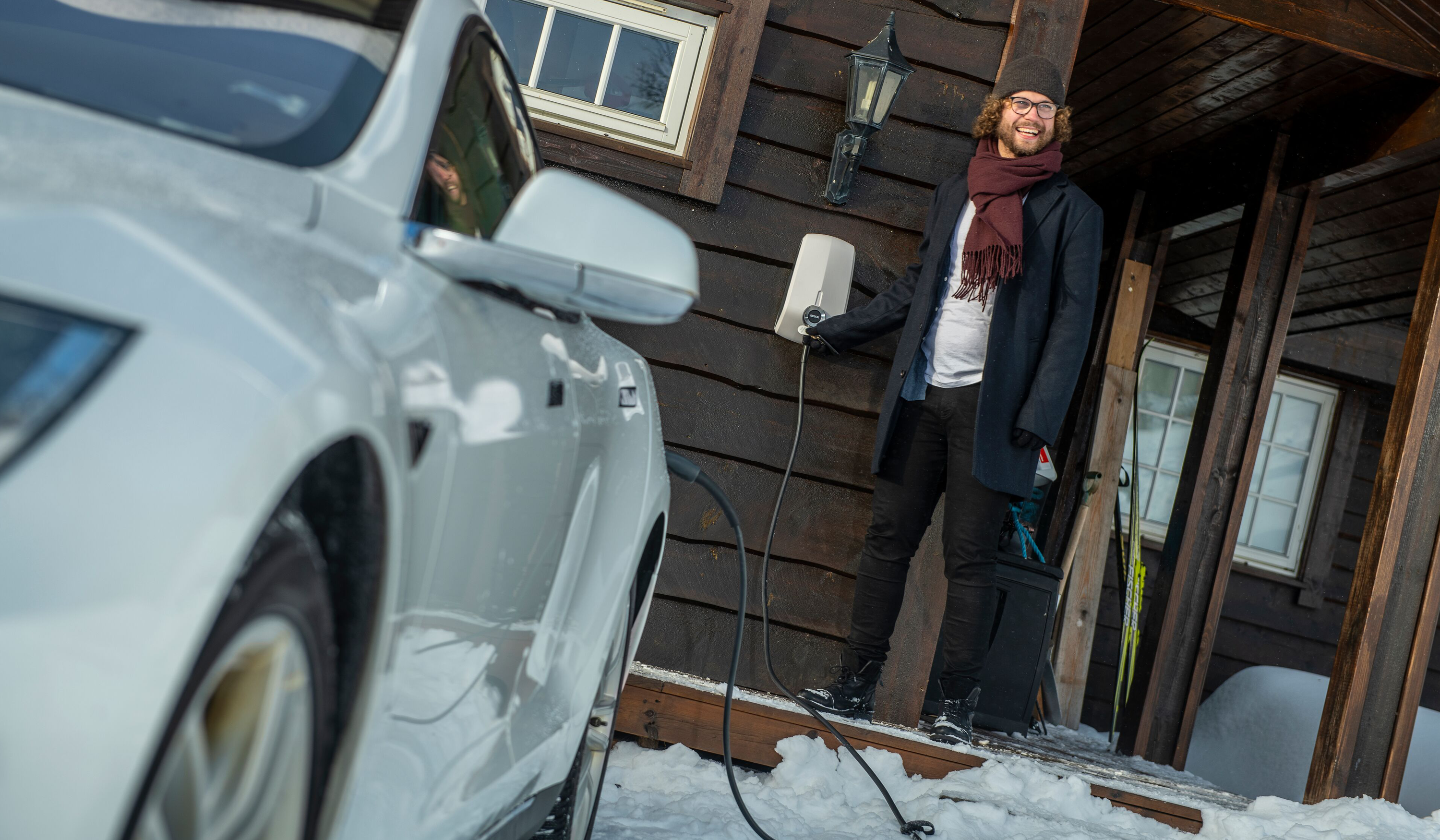 Lastly, you might notice while driving that your EV’s range seems lower in cold weather. This is a combination of the factors above, as well as your car’s BMS taking up more energy than usual to maintain the battery at an optimal temperature.

While charging in hot weather doesn’t have the same impact on the range as cold weather does, it can still cause problems to the battery if not managed properly. The main impact of hot weather is overheating the battery, adding to the heat the battery already generates when powering the car.

To help combat this, the BMS can slow the charging rate if the battery is getting too hot, as well as increase cooling to help keep the temperature at optimal levels. As you can imagine, this uses additional energy, which can decrease charging efficiency and extend charging times. 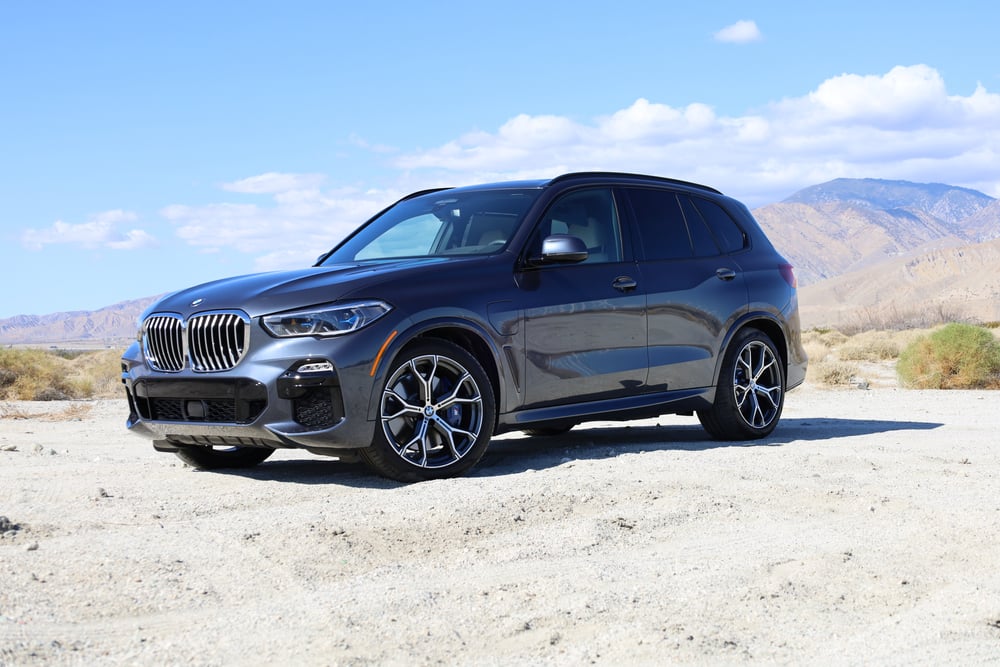 5. Sitting in your car while it charges

You might not even think that using a car while it’s charging has any impact, but in fact, it can visibly add to the charging time, depending on how it’s used. While you obviously can’t drive a car while it’s plugged in, staying inside the vehicle and using heating or air conditioning, the sound system, or lights, for example, can increase energy consumption and divert some of the energy from charging, adding to charging time. 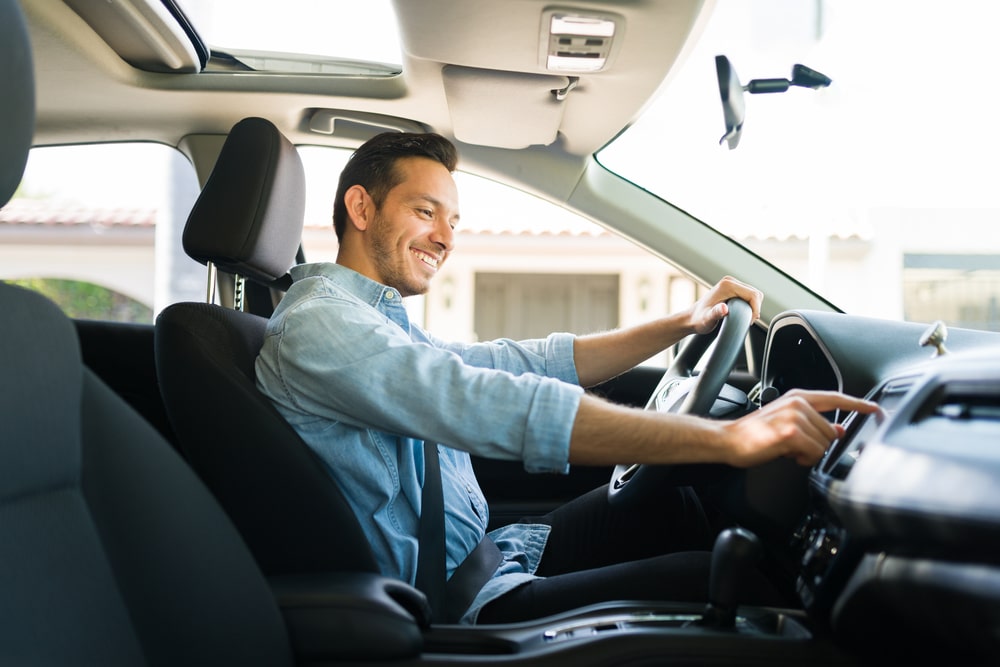 EV batteries last much longer than people often think, and with a lifespan of around 10-15 years, they typically outlast the vehicle they’re in.

That said, batteries do age and lose some of their capacity in the process. As they age, the resistance inside batteries also increases. This means that the power they can accept decreases, slowing down the charging rate.

It’s worth noting that EV batteries are often designed with an excess capacity to act as a buffer against aging. As such, it’s likely that the decrease in capacity, and the corresponding increase in charging time, will be barely perceptible in most cases. 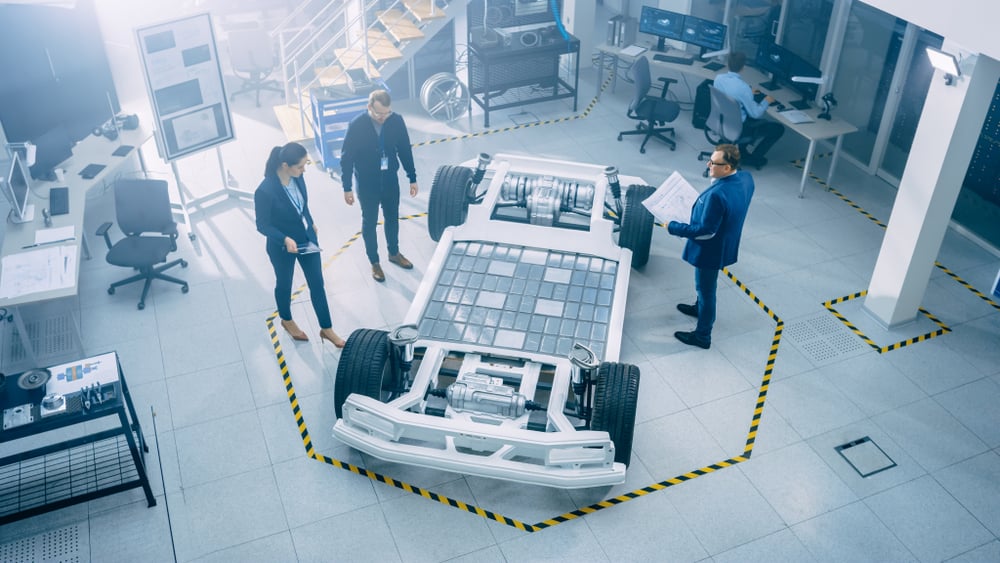 While battery life and charging time are some of the main concerns of prospective EV drivers, there are many other questions and uncertainties around electric mobility. For example, how does home charging work? How can I charge my EV on the go? What cable should I use?

You can find the answer to these and many more questions in our complete EV charging guide, which provides a comprehensive introduction to the world of electric vehicle charging.