Our world’s dependence on fossil fuels has been increasingly challenged in recent years, from an environmental perspective, and supply and geopolitical issues. To combat these, many countries are seeking to reduce fossil fuel use, including in the transportation sector where electric mobility has emerged as a prominent new trend.

As a result, electric vehicle (EV) sales have skyrocketed over the past decade. Whereas in 2012, only 120,000 electric cars were sold worldwide, by 2021, more than that many were sold each week. While this growth in electric mobility already helps replace the use of about 1.5 million barrels of oil per day, it also greatly increases electricity demand.

At the same time, a challenge is to generate enough electricity sustainably. Indeed, the environmental impact of EVs is mainly determined by their manufacturing and the production of electricity used to power them. As such, there is an urgent need to boost renewable energy production, and one of the most popular renewable sources for the home is solar power. This article will explain what solar energy is and how you can use it to charge your electric vehicle.

Can you charge your EV with solar power?

In short: Yes you can, (and you don’t even need any smart charging feature to do so). However, before we explain how it works exactly, and what smart charging can add, let’s take a closer look at what solar energy is first.

What is solar energy?

When talking about solar power, most people picture the solar panels installed on roofs – this, however, is technically different from what “solar energy” means from a scientific point of view. Put simply, solar energy refers to the energy emitted by the sun, some of which makes its way onto Earth. This energy can be harvested to produce electricity under a process called photovoltaics.

A photovoltaic (PV) panel, commonly referred to as a solar panel, is made up of hundreds of solar cells, each made of a semiconductor (typically silicon). This semiconductor absorbs sunlight and converts it into electricity by creating a current – a flow of electrons. This electricity can be used to power a home or business, or fed back into the electricity grid.

This photovoltaic process is what we commonly refer to as “solar power”, at least in the context of energy generation in the home. In this article, we also use the common term “solar panels” to refer to photovoltaic panels.

The rising popularity of solar panels

It’s easy to understand the appeal of solar power. Unlike fossil fuels, it is available across the world in enormous quantities and is completely free to use. It’s no surprise that global solar capacity doubled between 2018 and 2022, reaching one Terawatt (TW). By 2025, global solar capacity is expected to reach 2.3 TW – for context, that’s twice the energy production of France and Germany combined.

This increase is partially driven by individuals and households installing small-scale solar panels on their roofs, with a view of becoming more independent from the grid, cutting energy costs, and reducing their carbon footprints.

In some parts of the world, generating energy through solar is also a way to give access to electricity to people who previously did not have it. For example, in Sub-Saharan Africa and South Asia, this could be fundamental in extending energy access to millions of people. 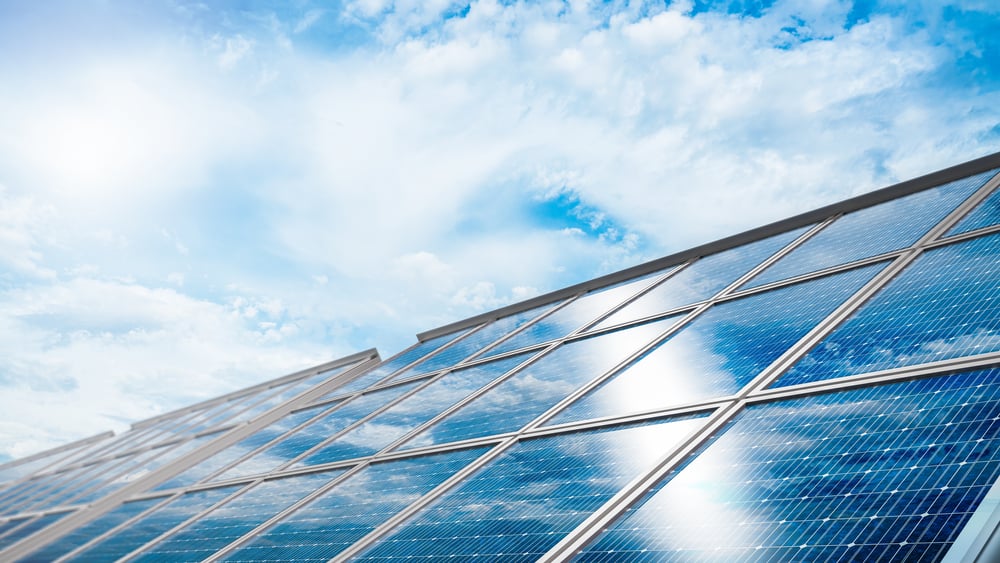 How does solar energy work with home EV charging?

While solar panels on their own can significantly contribute to cost savings, coupling them with an electric vehicle can multiply their benefits. Instead of relying on power from the grid, solar panels can generate electricity that you can use to charge your EV, reducing costs and ensuring the electricity used to power your car is produced sustainably.

Although a standard home solar installation is unlikely to power your EV completely, it can at least help generate some of the electricity used by your car. For example, on average in Western Europe a solar panel can generate about 1 kWh of electricity per day, meaning that a dozen panels will produce about 10 kWh of electricity daily (depending on your location).

That is enough to provide a Standard Range Tesla Model 3 with about 42 km of range, far more than the average daily distance driven in the EU.

Do I need to have a smart EV charging station if I want to charge my EV with solar energy?

You may be asking yourself then, can you just use the power you generated from your solar panels to charge your car? The answer is a little more complicated than simply plugging your EV charging station into solar panels. 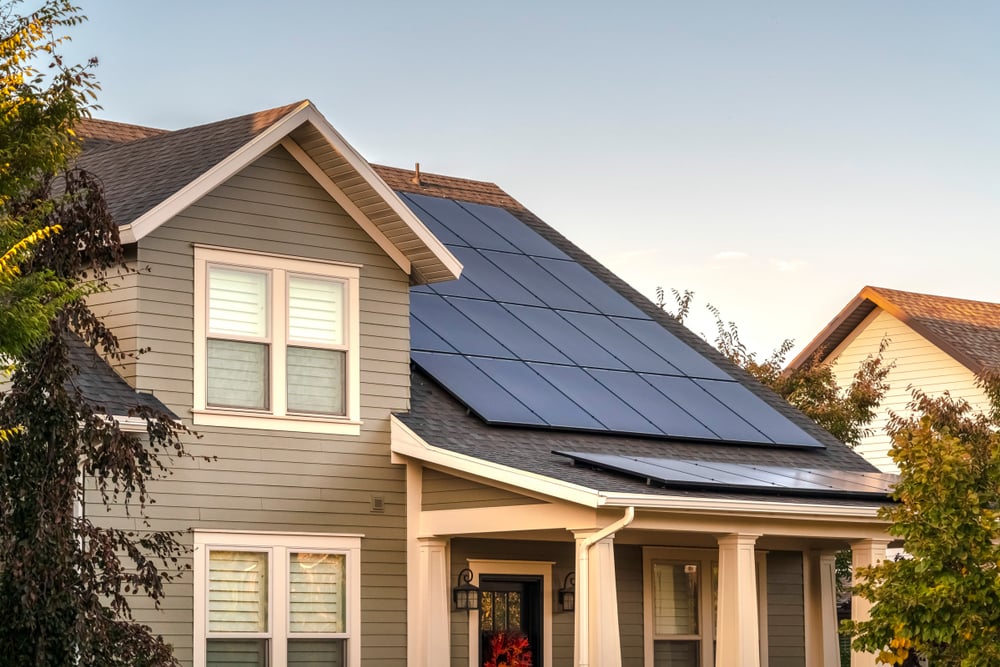 The problem is that the power generated by a photovoltaic panel is uneven and highly variable and cannot be fed into an EV’s battery (or the electricity network) directly.

In any case, any solar panel installation needs to have an inverter installed to convert the electricity so it can be fed into the electricity network at home and used to power appliances or charge your car.

For example, with a smart charging station you can choose to only charge your EV when your solar panels output electricity. The charging station, in combination with an Energy Management System, can forecast when it’s the best time to charge. This ensures you use the energy you generate and guarantees it is produced sustainably, avoiding having to buy electricity from the grid.

Can I store the electricity I produce with solar panels?

A key challenge with solar power, but especially when it is used to charge EVs, relates to the difference in time of production and consumption. Indeed, solar power is mainly generated during the day, when the sun shines the brightest. However, most people tend to charge their EVs at night, once they have returned from work.

A way to overcome this is to store the energy generated during the day and use it later, when it is needed the most. One way to do so is by installing a storage battery and connecting it to your solar panels. You can then charge the battery up during the day using the solar energy you generate and use it to power your home at night or when solar production is low. 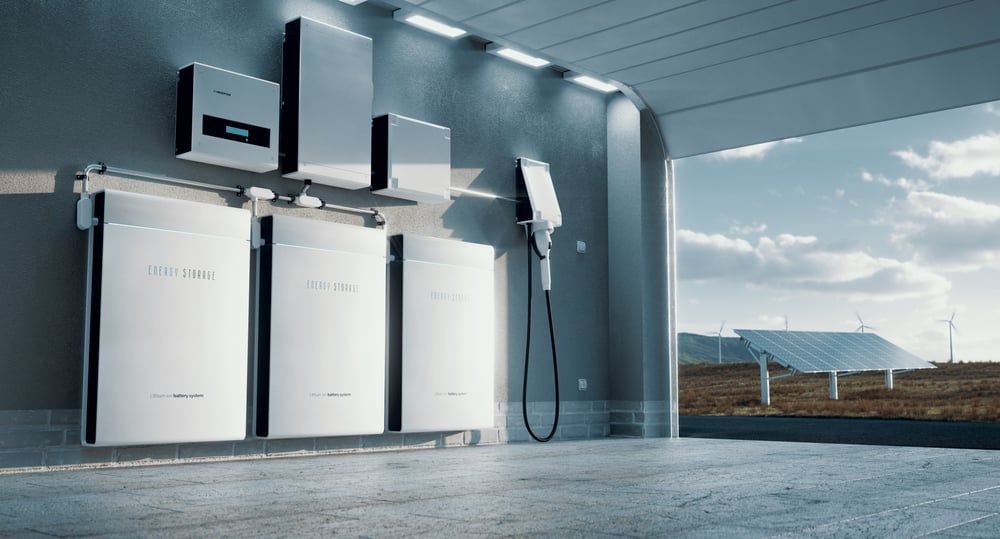 Obviously, buying a storage battery and connecting it to your home’s electrical supply comes at a certain cost. Not including installation, a lithium-ion storage battery can cost between $7,000 and $14,000. Depending on your location, a cheaper alternative is to resell the excess electricity produced by your solar installation to your utility company or energy provider. This way, whenever you’re not using electricity – for example, if you spend the day at the office – you can feed the power from your solar panels back into the grid and get compensated for it.

This ability to produce your own energy and sell it back to the grid operator is called net metering. While the specifics vary greatly between countries and utility companies, generally, net metering allows homeowners to get paid for providing electricity from renewable sources to the grid.

Typically, with net metering, a bi-directional electricity meter will measure the number of kilowatt-hours (kWh) sent into the grid versus the amount of electricity the house draws from the grid. For each kWh fed back to the grid, you earn a pre-agreed credit, which is deducted from your overall energy bill.

Beyond storage batteries and net metering, a third option for storing energy is emerging as a promising future technology. Vehicle-to-home (V2H) is a form of vehicle-to-grid (V2G), allowing an electric vehicle to operate as a storage battery and deliver energy back at a later time.

With V2H, you will be able to effectively use your EV as a storage battery by charging it when your solar panels generate the most energy, and using the energy stored in your vehicle during times when the sun doesn’t shine to power your home.

Currently vehicle-to-home and vehicle-to-grid are still emerging innovations and have not been deployed on a large scale. However, they can be pivotal for our electricity grids, by unlocking battery storage at a much larger scale and enabling easier access to renewable energy throughout the day. 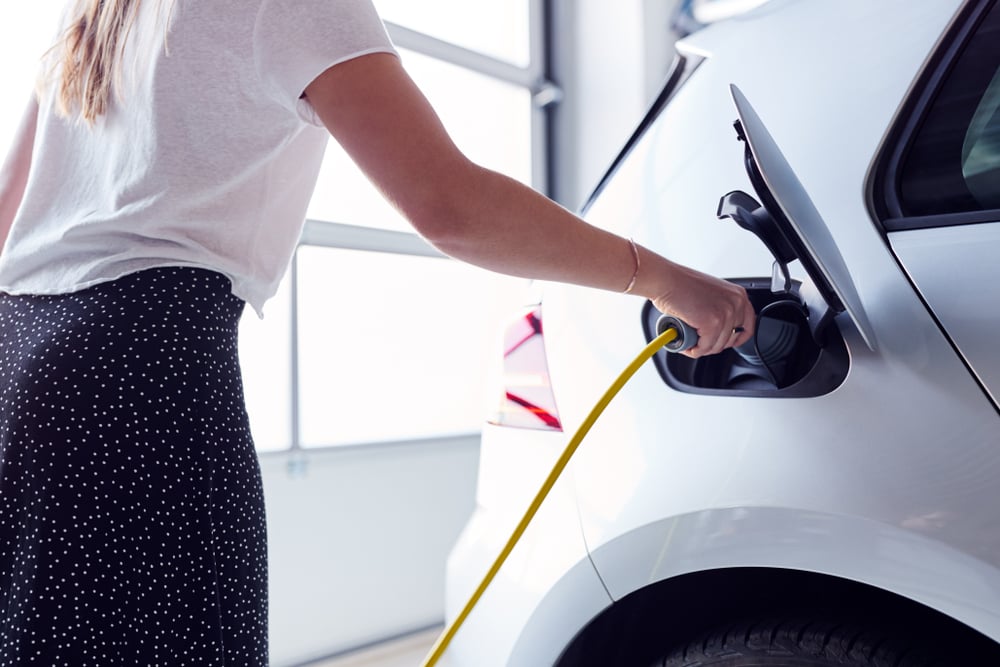 As governments around the world are seeking to accelerate the transition away from fossil fuels, many are offering incentives for homeowners to install renewable energy sources, including solar.

This may be in the form of a direct subsidy that refunds a part of the cost of the installation, a more attractive tariff for purchasing electricity with net metering, or even a tax rebate or a lower tax rate on energy bills.

The UK, for example, offers a guaranteed feed-in tariff for homeowners installing solar panels, ensuring they can sell back the energy they produce at an attractive price. The Netherlands also allows its residents to deliver solar-produced energy back to the grid at a full tariff, while many US states offer subsidies and tax credits on top of a federal tax rebate.

The incentives available for your property vary greatly depending on your country, region, and local authority, but generally, they can considerably reduce the cost of installing solar panels on your home. Keep in mind that on top of incentives for solar power, many countries also offer various benefits for installing an EV charging station, further cutting costs if you’re using solar energy to charge your EV.

What is the future of solar energy?

As the world pushes to transition away from carbon-intensive energy sources, renewables such as solar will play an increasingly crucial part in our electrical supply. Solar power is an attractive way for households to reduce their energy costs, gain independence from the grid, and guarantee sustainably generated electricity. 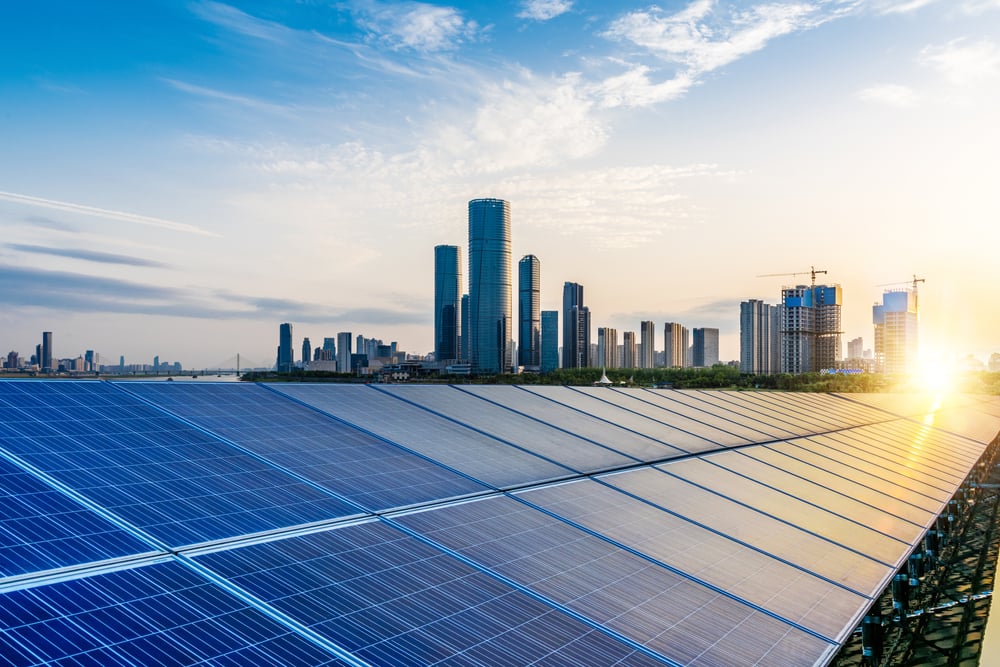 Pairing solar panels with an electric vehicle unlocks further cost savings, allowing you to use the solar power you generate to charge your car. Smart charging can help you realize these savings by giving precise control over the charging process and ensuring optimal energy use. For more insights into smart charging, have a look at our detailed blog.

The story you tell when you offer EV charging