As electric mobility adoption grows, drivers are experiencing the freedom of being able to charge their electric vehicles (EVs) in a range of locations. While the most popular EV charging location is the home, public charging is also vital for many, with 31 percent of EV drivers regularly charging in public and commercial parking spots.

While using a public charger is not rocket science by any means, there are some things to consider, and the process may be significantly different from charging at home. This article explains the basics of public charging and guides you through the 4 main steps you need to follow to charge your electric car at a public charging station. 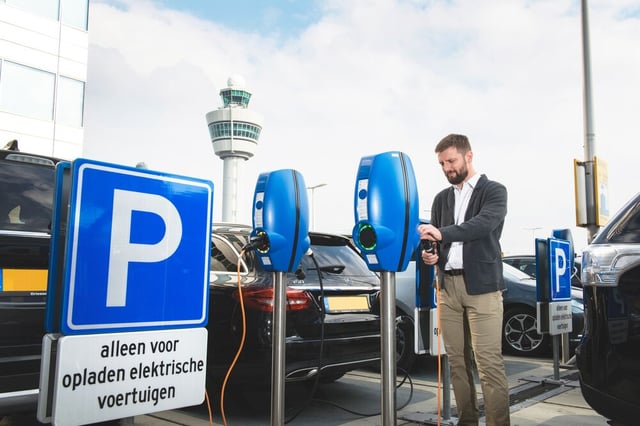 What is public EV charging?

As such, public charging stations encompass everything from fast chargers at a highway service station to chargers in public parking garages and stores. Now that we’ve defined what a public charger is, let’s take a look at how to use one.

How to use public electric car charging stations

1. Get the charging cable

Once you have arrived at a public charging station, the first step is to look for the charging cable. In many cases, the cable will be built-in and attached to the charger itself, however, in some cases, you might need to use your own cable to connect the car to the charger. Typically, this is provided by your car’s manufacturer and is often stored in the trunk.

Of course, connectors and cables vary based on the region and the type of charger, so it’s worth checking what’s used where you live.


2. Connect the car to the charging station

After you have found the charging cable, the next step is to use it to connect your car to the charging station. If the cable is built-in to the charger, you just need to connect it to your car’s charging port. This is generally located in the same place where a fuel cap would be on a gas car – on either side – although some models place the socket under the badge at the front.

If you’re using your own cable, you’ll need to connect it to the charging station as well as your car. Generally, this will be readily visible, although the socket might have a protective cover that you need to lift. 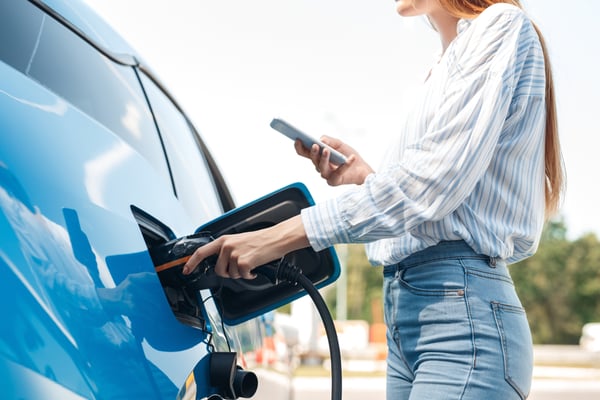 3. Authenticate and start the session

As soon as the charger has identified you, charging will begin. This is often reflected by LEDs on the charger and on some cars, which will change color or start blinking in a given pattern (or both). While the vehicle is charging, you can monitor the process on the car’s dashboard, the charging station, or the charging app (if you’re using one).

When your EV has reached the desired level of charge, it’s time to end the charging session. This is generally done the same way as you started it: swiping your card or fob again on the charging station or stopping it through the app.

While charging, the charging cable is typically locked to the car to prevent theft and minimize the risk of an electric shock. Once you’re done charging, you might need to unlock the cable from the car’s dashboard before you can remove it.

The final step is to unplug the cable and put it back on the charger (if it was built in) or into your trunk (if you’re using your own). Your EV is now charged and ready to go!

How does EV charging work?

While the above steps have described how to use a public charging station, you may be wondering, how exactly does EV charging work? And what are some factors that determine differences between charging stations?

Generally, all charging stations operate under the same principle: they charge an EV’s battery by feeding power into it. However, they vary in the current type and the power intensity they can deliver. 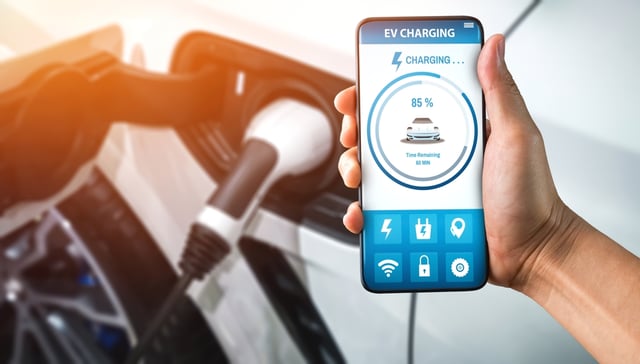 Globally, our electric grids run on AC; however, most electronics, including EV batteries, store electricity in DC. As such, conversion from AC to DC needs to happen somewhere in the charging process. The difference between charging stations, then, is where this conversion happens.

With AC charging stations, alternating current is delivered to the car, where a built-in converter changes it to DC. With DC charging, on the other hand, power is converted into DC by the charger, allowing it to bypass the often slower onboard converter and feeding it directly into the car’s battery.

Because of this, the fastest EV chargers will almost always deliver DC – hence the often used name of DC fast chargers. In practice, the fastest DC charging stations can provide up to 350 kW of power, which can charge an EV in around 15 minutes. DC fast chargers are also essential for long-distance travel with EVs, allowing them to recharge their batteries quickly on the go. 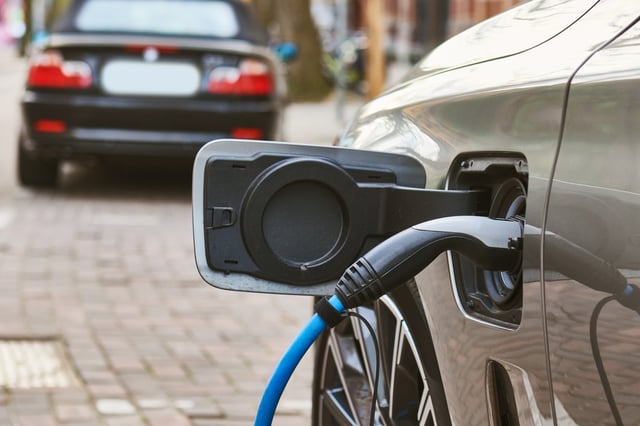 Why should I charge my electric car at public charging stations?

If you’re new to EVs, you might be wondering why you would choose to charge at public charging stations in the first place. After all, home charging is convenient and provides more than enough range for most daily commutes.

Unlike a gas car, which you would only refuel when running low, EVs can be charged pretty much wherever there is a power source. As such, this opens the door to opportunistic charging, or the possibility of charging an EV because it is convenient and accessible, rather than out of absolute necessity.

Imagine, for example, that you’re coming home from work and stop at the supermarket to buy some groceries for the week. If the supermarket has public EV chargers, you may decide to plug your car in while you shop and top up your battery.

For this reason, it’s not surprising that today, 26 percent of EV drivers regularly charge at supermarkets, 22 percent at shopping malls, and 31 percent in public or commercial locations in general.

Unlike gas stations, which are a familiar sight along our world’s roads and are easily found nearly anywhere, public charging stations can be much more discrete and are found in a range of locations.

The easiest way to find public charging stations is by installing a charging station finder app on your smartphone. While there are many different ones, they generally all share the same features of showing you chargers in your vicinity as well as important information such as the charging speed, number of chargers, and availability.

General maps apps, such as Google and Apple Maps, can also show you public charging stations, however, they may not show all chargers in an area and are generally missing most of the real-time information discussed above that a dedicated charging app can provide.

How to pay at public car charging stations

Another important consideration with public EV charging is payment. Unlike a gas station, which often has attendants and a cashier, charging your EV is always a self-service activity. As such, you have to arrange payment yourself and will almost never be able to use cash.

Broadly speaking, you can pay for EV charging in two main ways. The first is if you have an account with a charge point operator or mobility service provider. In this case, you will usually receive an RFID card or fob that allows you to identify yourself at public charging points. In this case, charging costs are generally added to your account and billed later.

The other option some public charging stations offer is to pay for charging directly by contactless debit or credit card or through the charging app. This can provide more flexibility by allowing you to use charging stations from different networks. However, some operators can charge higher fares when payment is made by card directly, and you won’t be able to track your spending as easily. 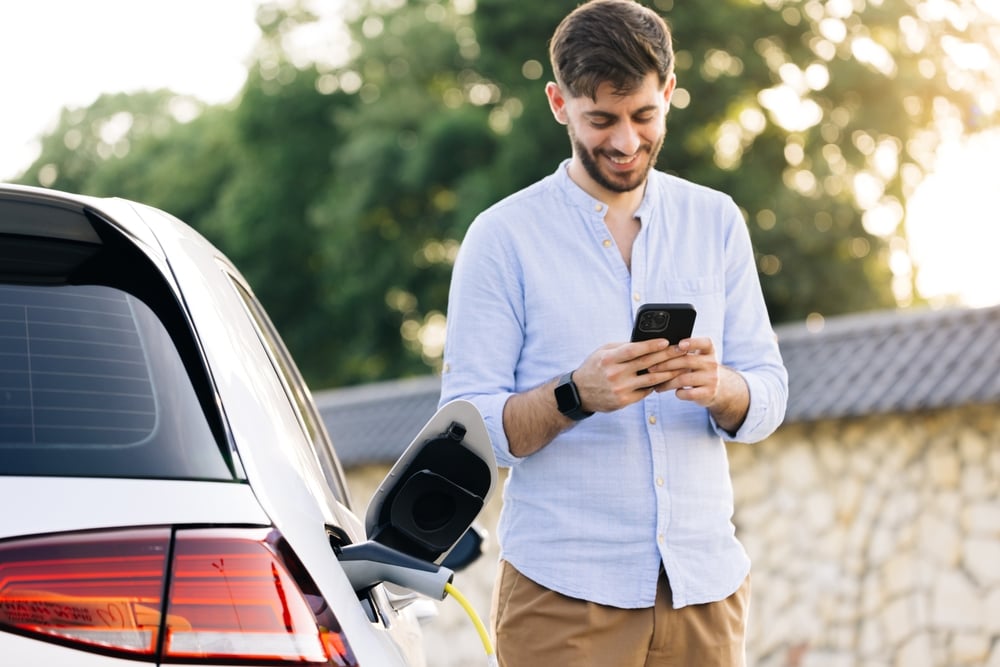 While public EV charging can be a new and unfamiliar experience, it unlocks incredible flexibility and can adapt to your life and habits. We hope this article has answered your questions about public charging and cleared up any doubts you might have had.

If you’d like to read more about EV charging, or are considering purchasing your first EV, have a look at our detailed charging guide.

Discover some of the most popular electric cars (coming) out in 2023 and learn exactly how long it takes to charge them.