The greatest difference a driver will experience between a vehicle with an internal combustion engine (ICE) and an electric car is how they refuel. Whilst filling up an ICE vehicle with petrol or diesel is relatively straightforward, electric cars require drivers to change their behaviour. And just like anything new, transitioning to electric mobility means getting your head around a fresh set of rules and terminology.

For many new electric car drivers, this can be confusing at times. What’s the difference between AC and DC charging for instance? Or perhaps, between the three different levels of EV charging? With so many new terms being thrown around—and with industry leaders and newcomers alike adopting technology and terms that suit them—it’s easy for you to get lost.

With so many variables, choosing the right cable for your charging needs can seem daunting—but it doesn’t have to be. Read on as we untangle the differences between electric car charging cables and plugs so that you can charge confidently wherever you go. 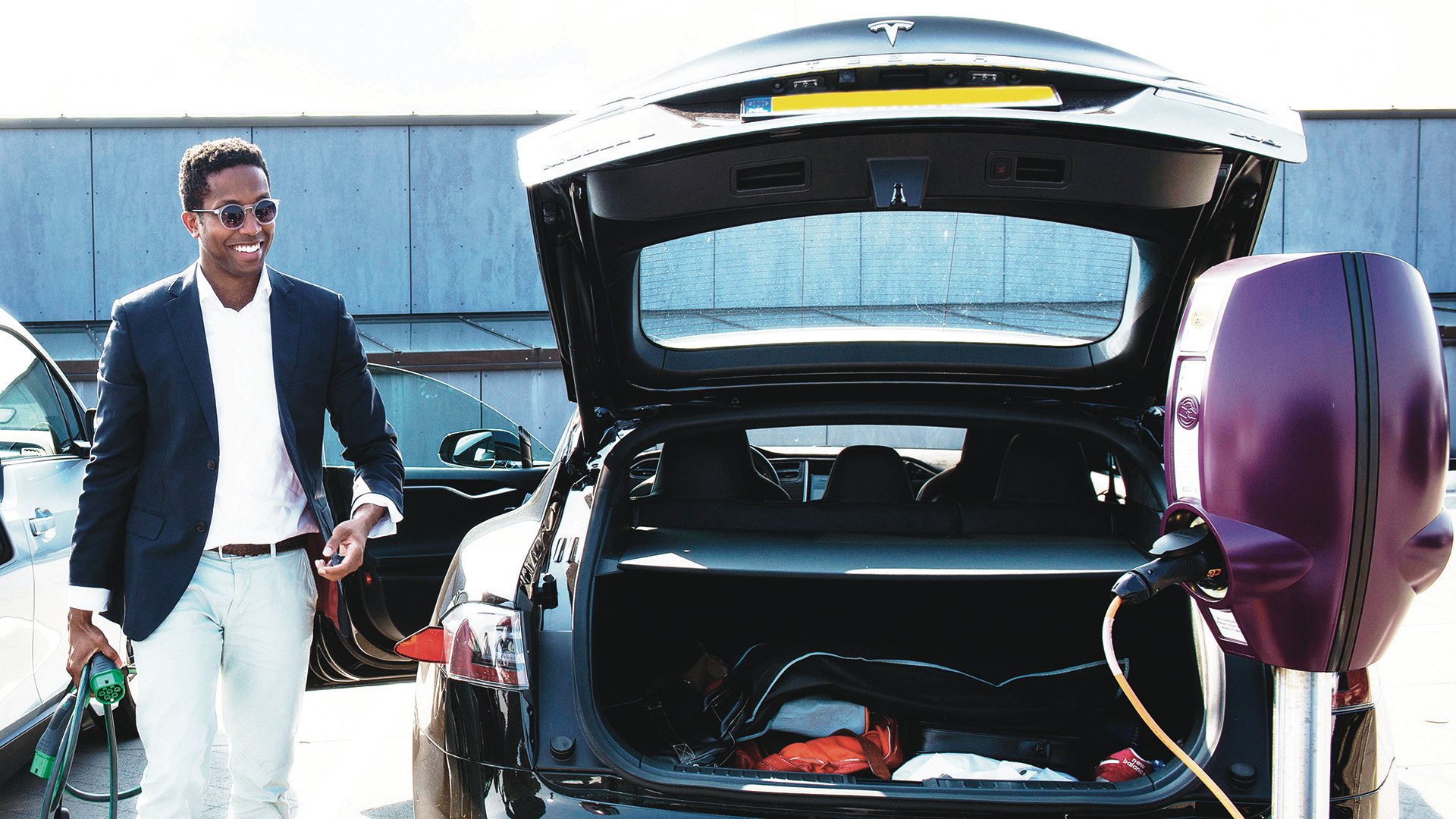 What is an electric car charging cable?

Whilst some charging stations come with cables attached and others require you to bring your own, charging cables are an essential part of charging an electric car, connecting your vehicle to a charging point.

With a Mode 1 cable, you simply connect an electric car to a standard AC socket-outlet using an extension cord and standard plug. As a result, there is no communication between the vehicle and the charging point, meaning that there are no special safety systems or shock protection.

This type of charging is useful for light electric vehicles like e-bikes and scooters, but not considered safe for electric cars and is prohibited in many parts of the world.

When you purchase an electric car, it will typically come with what’s known as a Mode 2 charging cable as standard. These cables plug into your electric car on one end and a standard domestic socket on the other. The cable also comes with In-Cable Control and Protection Device (IC-CPD) which is responsible for the control and communication between, and the protection of, the standard wall plug and the electric car.

Whilst this charging method is undoubtedly convenient; as most household outlets only deliver up to 2.3 kW of power, charging using this method can take a long time. It can also be dangerous if carried out incorrectly. Therefore, we only recommend using this charging cable if it’s an emergency. Find out more about how to charge your electric car safely.

Mode 3 cables are currently the most commonly used when charging an electric car around the world. This type of charging cable connects your vehicle to a dedicated electric vehicle charging point—like those found in offices and workplaces, homes and residential locations, and commercial and public car parks. These cables are in charge of the control, communication, and protection of the charging process and usually connect to charging plugs like Type 1 or Type 2.

Often known as fast charging, when you charge an electric car with DC, you can significantly reduce charging times. However, this type of charging transfers much more power directly to the battery of an electric car, the cables must be permanently connected to the charging station and are often liquid-cooled to handle the heat. 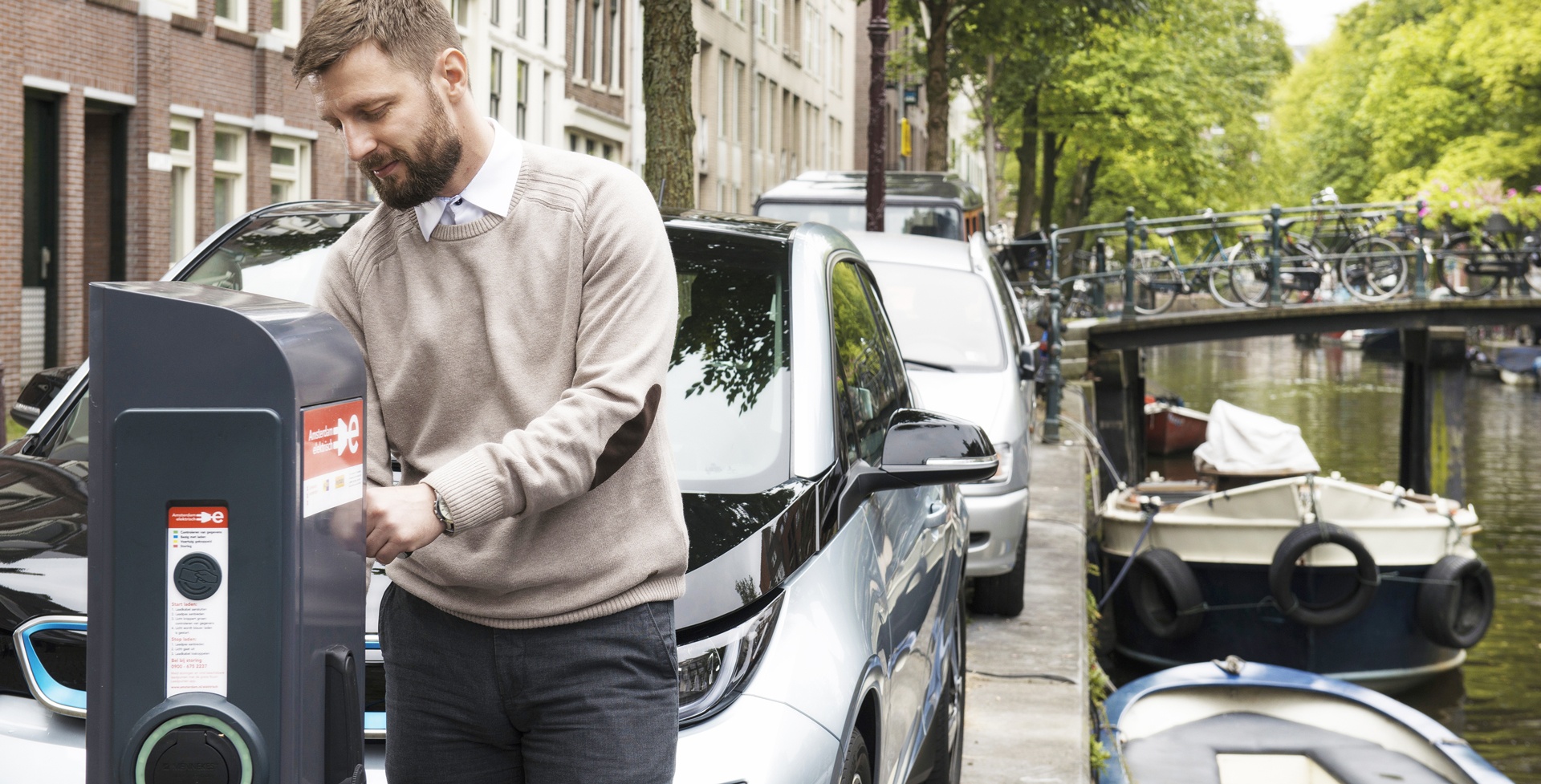 What is an electric car charging plug?

A charging plug is the connector that you insert into the charging socket of an electric car. Just like how the plug of appliances differ depending on the country you’re in, charging plugs and sockets also vary depending on the vehicle brand, charging level, and country they are manufactured in. Luckily though, most countries follow the below standards.

*These numbers represent the maximum power output that a plug can deliver at the time of writing this article. The numbers do not reflect actual power outputs as this is also dependent on the charging station, charging cable and the receptive vehicle.

Type 1 plugs—also referred to as SAE J1772—are most commonly used with vehicle models found in Japan and North America. They are single-phase and can deliver a power output of up to 7.4 kW.

Type 2 plugs—also referred to as “Mennekes” in reference to the German company that originally designed them—are the official plug standard for the European Union. These three-phase plugs have a higher power transfer capacity than Type 1 plugs, delivering up to 22 kW for private charging and up to 43 kW for public charging.

China developed its own charging system referred to by its Guabiao national standards as GB/T. There are two variations of GB/T plugs: one for AC charging and one for DC fast charging. The GB/T AC charging plug is single-phase, delivering up to 7.4 kW. While it looks the same as the Type 2 plug, don’t be fooled—the pins and receptors are reversed.

*These numbers represent the maximum power output that a plug can deliver at the time of writing this article. The numbers do not reflect actual power outputs as this is also dependent on the charging station, charging cable and the receptive vehicle.

The Combined Charging System or CCS for short, is the fast charging plug standard in North America (CCS1) and Europe (CCS2). It’s called a combined charging system as it supports both AC charging, and DC charging between 50 kW and 350 kW.

Developed in Japan, most CHAdeMO charging plugs enable fast charging of up to 200 kW as well as bidirectional charging. At the moment, Asia is leading the way in manufacturing electric cars compatible with CHAdeMO plugs, and CHAdeMO announced that they’ve developed a technology that can charge between 200 kW and 400 kW.

However, these speeds are not widely available across Europe and North America—where CHAdeMO usually only goes up to 63 kW. In Europe, since 2018, CHAdeMO plugs have slowly been phased out as CCS2 surpassed these charging speeds and became the gold standard across the continent.

The current GB/T DC charging plug can deliver up to 237.5 kW. China’s Electricity Council is also currently developing a new version, in partnership with the CHAdeMO Association, that could deliver up to a whopping 900 kW.

This latest version—called ChaoJi—enables DC charging with over 500 kW whilst ensuring the connector to be light and compact with a smaller diameter cable, thanks to liquid-cooling technology as well as the removal of the locking mechanism from the connector to the vehicle side. With two of the biggest electric vehicle (EV) markets already on board, and others including India and South Korea, also expressing strong interests, ChaoJi could rival CCS2 as the dominant standard in the future.

With 30,000+ Superchargers, Tesla owns and operates the largest global fast charging network in the world. Until recently, this network was exclusively for Tesla drivers, however, in 2021, Elon Musk announced that the Supercharger network would open up to other vehicles.

The Supercharger has its own proprietary plug which looks like a regular AC Type 2 socket, but does not allow other non-Teslas to charge. While Tesla’s Supercharger network dominates the North American charging market, they have, however, made concessions in Europe and begun building their vehicles with CCS2. At the same time, Tesla announced that their CCS to Tesla proprietary plug adapter is finally coming—allowing Tesla drivers outside of Europe to charge at non-Tesla DC charging stations.

With so many charging cables and plug types out there, it can be confusing to know which one is right for your vehicle. We hope this article has helped you get your head around the most common types so you can start charging with ease.

What is the best electric car charging station for the workplace?

Find out what the UK government plans to achieve with the new Electric vehicle Infrastructure Strategy in 2022 and what it may mean for future EV drivers.

What is the best electric car charging station for the workplace?

Ask yourself these six questions to learn which type of electric car charging station is the right fit for your workplace.

Learn in which ways electric mobility can contribute to reducing the carbon footprint of your business and make your workplace more sustainable.