Many potential electric car drivers suffer from range anxiety—the fear that their car’s battery will die mid-trip. The truth is that this scenario is not very likely to happen. Sure, if you drive far enough without charging, your car will eventually die. However, that same principle applies to any car that runs on fuel.

So, why is this any different? What is range anxiety? Is it warranted? And, are today’s electric cars as reliable as internal combustion engine (ICE) vehicles?

This article is written to answer each of these questions and to ease your mind by presenting five clear reasons as to why range anxiety is probably unnecessary.

What is range anxiety?

Range anxiety is the fear of driving an electric car and running out of power, without being able to find a charging point on time to replenish the battery. According to our research, approximately 50 percent of potential electric vehicle (EV) drivers feel uncertain about being able to charge their vehicle when they need to.

The fear of running out of electricity is one of the biggest stumbling blocks to greater electric vehicle (EV) adoption. This phenomenon has  as much to do with psychology as with the actual range of electric cars (or the availability of charging points).

Whilst it depends on where you live, the majority of current EV drivers don’t encounter any problems at all with charging their vehicle, and when asked whether or not they would repurchase an electric car again in the future, 82 percent said yes.

So, what do they know that you might not? 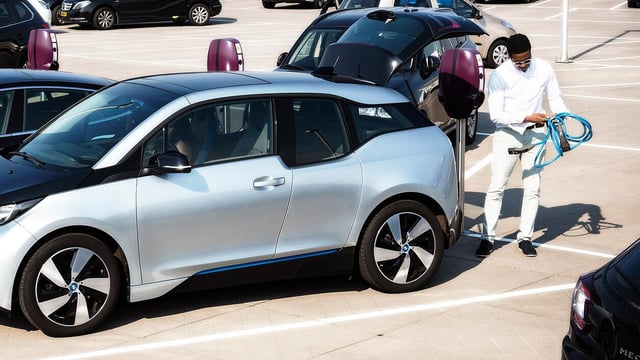 Five facts about (the range of) electric cars

Owning or even driving an electric car is, for many, a completely new experience, and like any new experience, it can be a bit overwhelming at first. If you are worried about range anxiety, these five must-know facts will help put your mind at ease.

1. Charging an electric car is nothing like filling up

Switching to electric mobility is not just about driving a car that has a battery. The entire experience of owning an EV is different. Take charging, for example: apart from the fact that both provide your car with energy, they are different in many ways.

Charging an electric car is a lot more convenient (and cheaper) than making a detour to a petrol station. Sure, the act of refuelling is faster than charging a battery (even with technology closing the time gap), but the act of filling up at the petrol station is still a chore that can be avoided altogether if you drive an electric car. Instead, you can charge almost anywhere you can park.

Does this mean petrol stations will disappear?

On the contrary, many petrol stations are investing in fast chargers to facilitate charging along motorways and supply electricity to business fleets, such as transport, delivery and distribution companies. As a driver of an electric car, however, you are much less dependent on petrol stations and fast chargers. 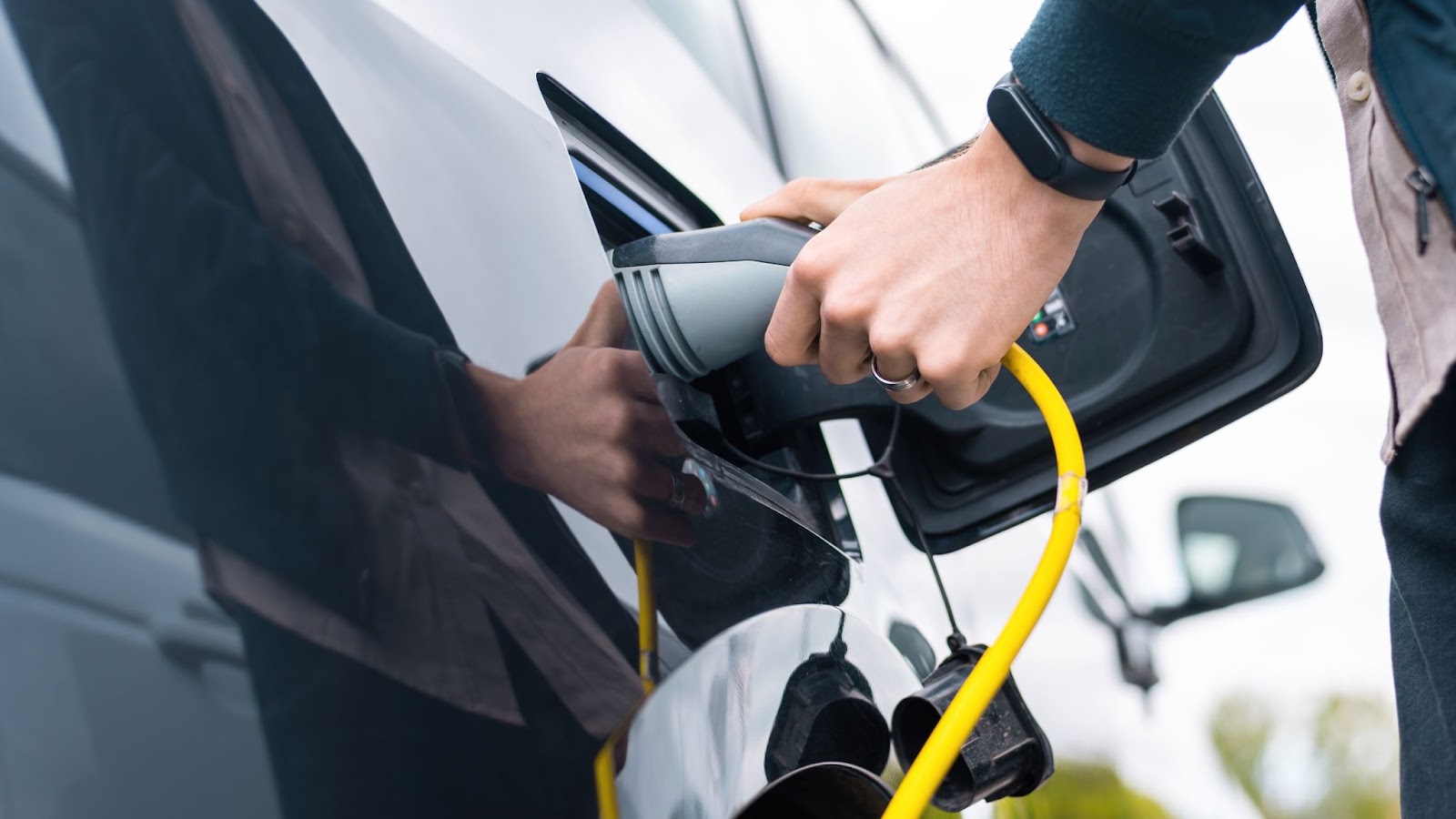 2. You can charge while you park

During a time of technical innovation designed to offer convenience, it’s probably at no surprise that we all prefer our lives to be as easy as possible. Now, imagine hitting the road every morning knowing you have a full tank. For electric car drivers, this dream is a reality.

With an electric car, you can charge when you’re not using it—and not just at home. Today, charging points can be found everywhere; at the workplace, retail locations, hotels, restaurants, public car parks, petrol stations, or even cinemas or golf courses.

With electricity available almost everywhere, the locations that offer EV charging are diverse, plentiful, and expanding rapidly over the next decade. This leads us onto our next point… 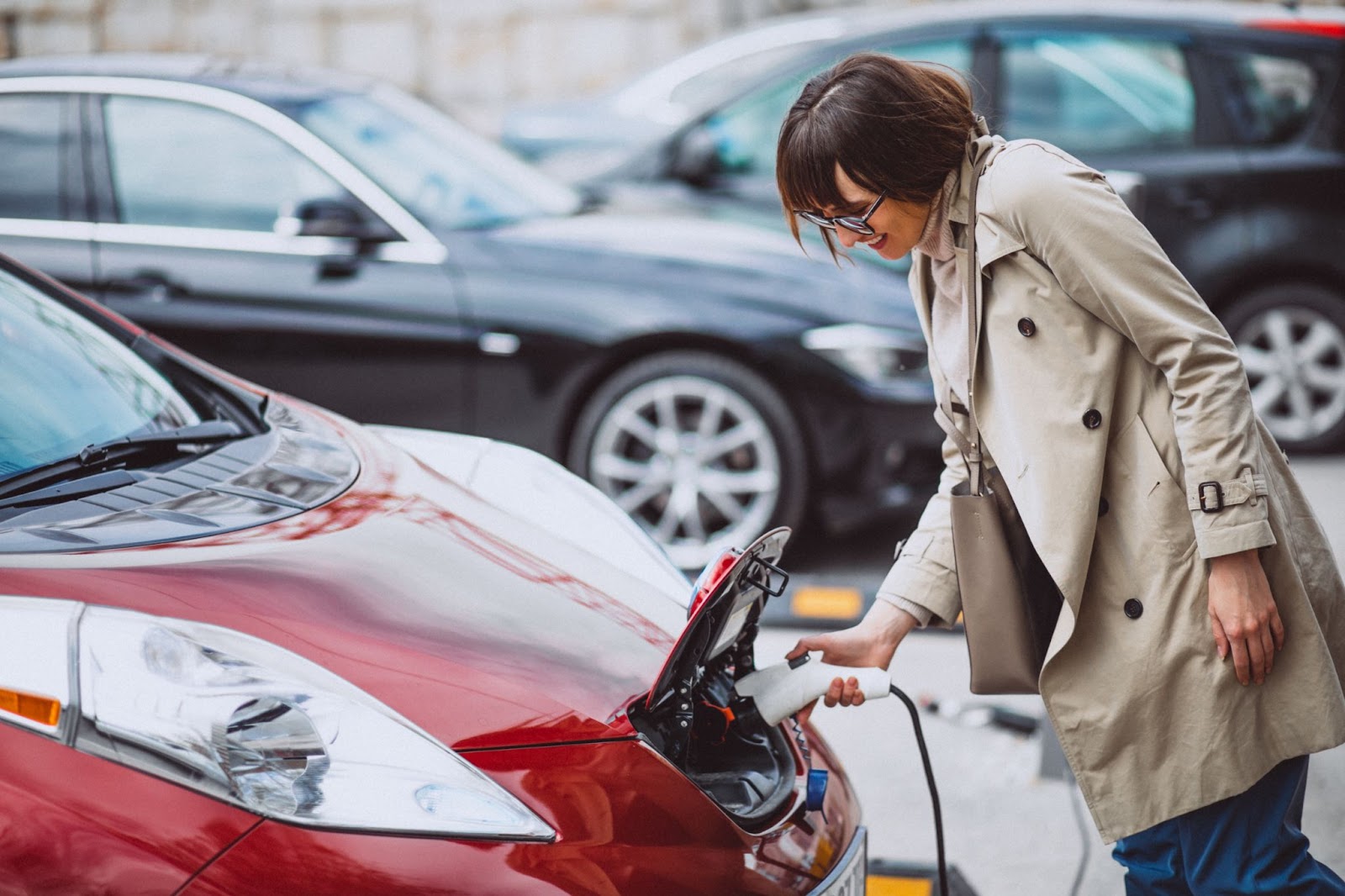 Many people are switching to electric mobility to reduce the emission of harmful substances. As such, governments around the globe are creating legislation and launching incentives to support this much-needed switch.

One of the most important points on the agenda is the expansion and improvement of charging infrastructure. Today, there are over 10 million electric cars on the roads worldwide. As the number of EVs is expected to increase to over 130 million during the next decade, the number of charging points will increase in tandem.

According to PwC, the bulk of charging will still take place at home, but readily accessible public charging will be instrumental in supporting EV growth.

Are there enough charging stations for electric cars?

Yes, but the charging infrastructure needs growth to meet tomorrow’s demand, and it will. To give you an idea, in 2020, there were around 1.3 millions public charging points installed globally. By 2030, this number is estimated to be over 16 million.

4. The range of an electric car is more than sufficient

The reason why most people experience range anxiety is because they think the range of an electric car is insufficient to reach their destination. Even in the early days of the electric car, when the maximum range was much less impressive and batteries were much more expensive than today, range anxiety was unfounded for most.

In 2010, when the world's first mass-market electric car, the Nissan LEAF, appeared on the road, it had a maximum range of approximately 109 miles. Since then, the range of an electric car has increased significantly with the median range sitting at 195 miles, and many boasting a range of above 300 miles.

According to NimbleFins, the average Brit drives only 20 miles per day. So, the real question is, how much range do you need? As, based on these recent statistics, even the 2010 Nissan LEAF would surpass the daily commuting needs of most. 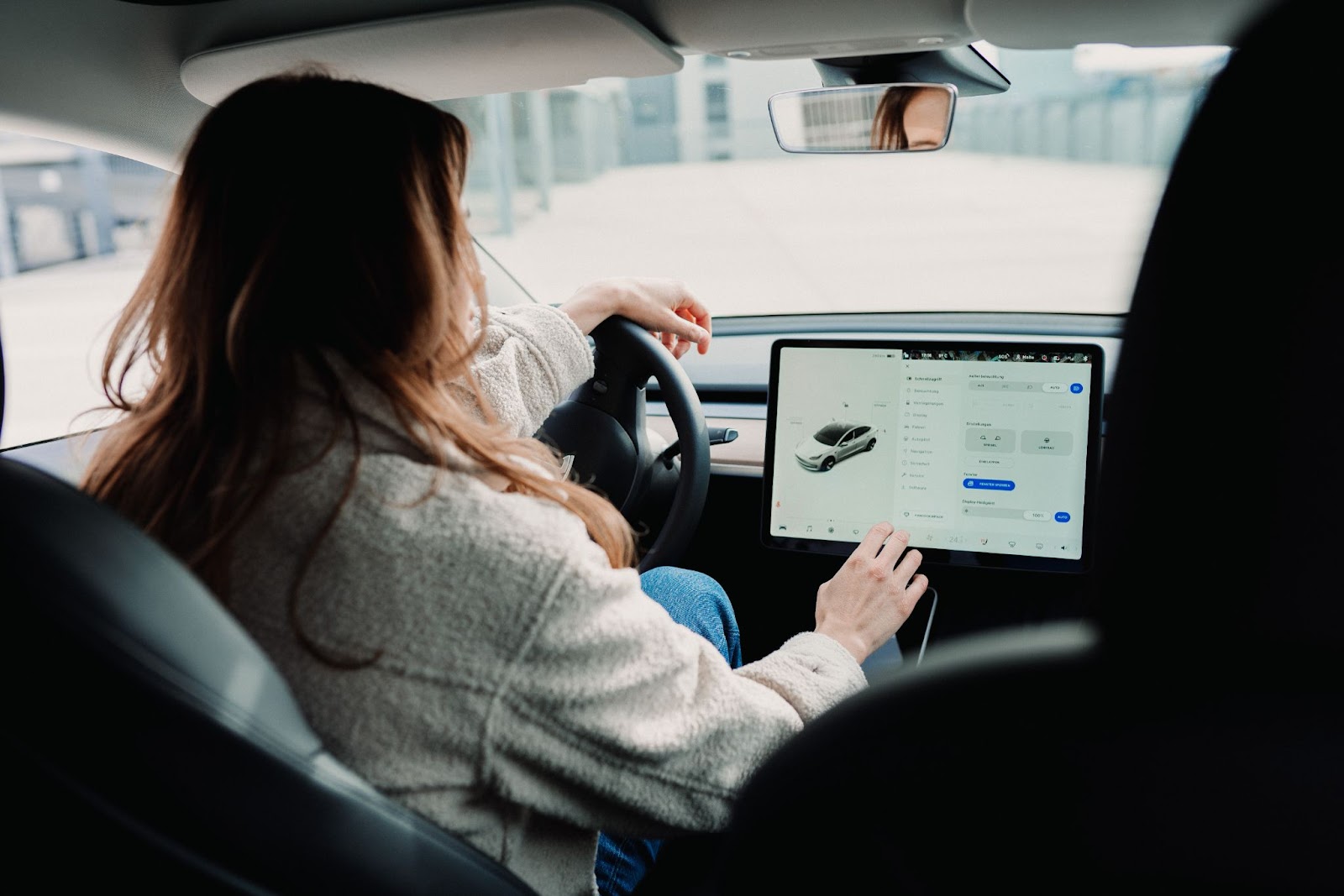 When it comes to the life expectancy of batteries, it probably doesn’t help that we have all experienced an electrical device dying on us when we need it most. When we get a new phone or laptop, experience has also taught us to expect their batteries to start deteriorating right after the warranty expires. So, putting full confidence into batteries as our main means of transportation does not sound like the most comforting idea.

However, the batteries of electric cars are something different though. For example, did you know they tend to last somewhere between 10-20 years before they need replacement?

EV batteries are designed to last and won’t stop working after a few years. Sure, over time batteries will lose some of their charging capacity. However, this takes place quite slowly—on average 2.3 percent a year to be exact.

So, this means if you buy an electric car today that has a range of 150 miles, you will only lose around 17 miles of battery range after five years of driving. And, as extra reassurance, there’s no need to worry about the costs of replacing a battery as most manufacturers give a standard warranty of between five to ten years, or up to 62,000 miles. 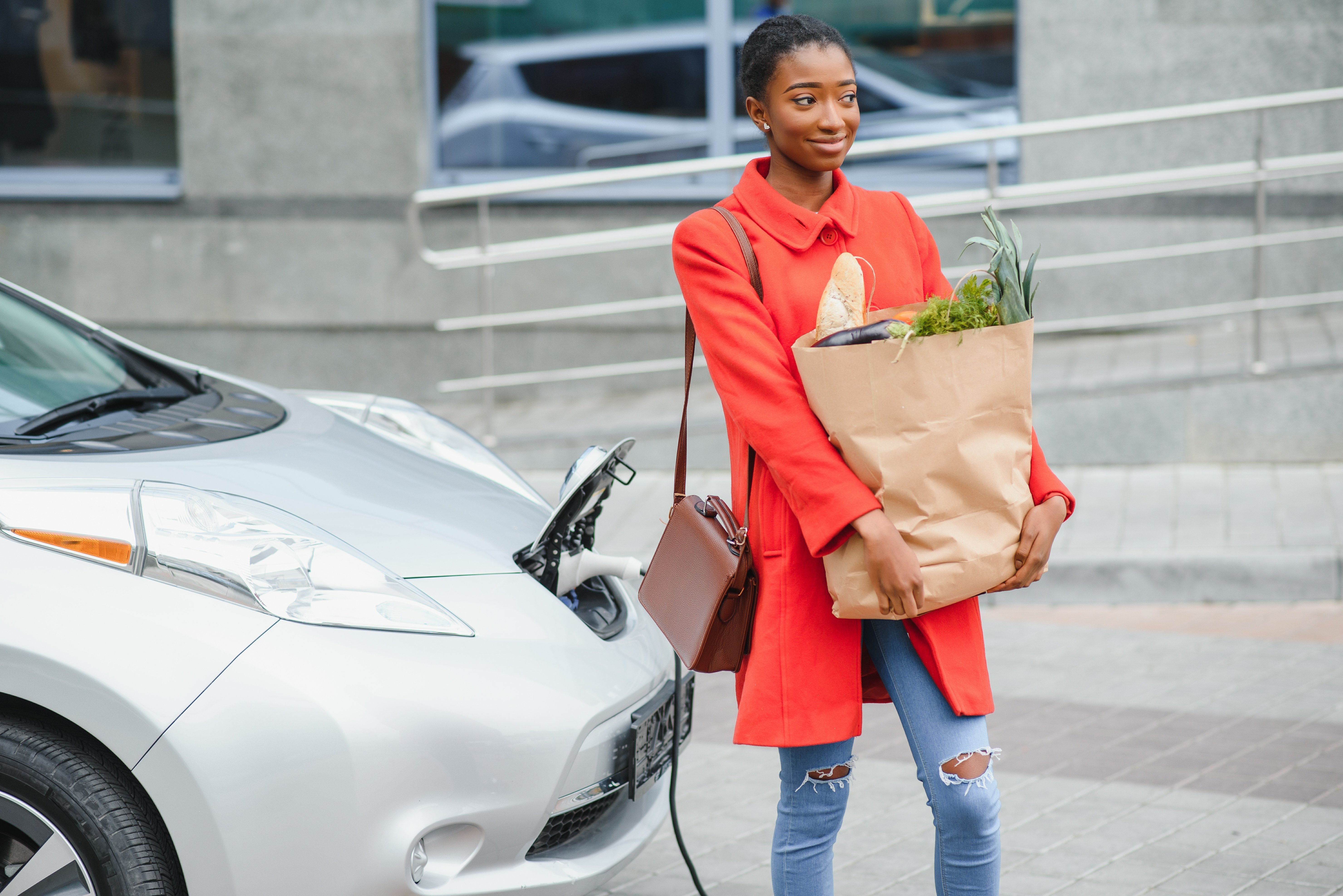 The fear of change

It is normal to feel hesitant when it comes to change, even if it's as inevitable as the electrification of the transportation industry. For generations our traditional vehicles have helped us reach our destinations without any hick-ups. It is what we know, rely on, and what has been the norm for a very long time.

While the world is busy switching to electric mobility more rapidly than ever before, we will adapt—like with many new things—reality is often far less scarier than we expected it to be.

How do you pay to charge an electric car?

How do you pay to charge an electric car?

Learn how to pay for EV charging by getting a clear overview of all the different payment options (and learning why there are so many to begin with).