Is charging an electric car cheaper than filling up with petrol?

A key barrier to electric vehicle (EV) ownership is how expensive they are perceived to be. While for a time this may have been the case, the price of purchasing an EV is falling quickly.

A recent report by Bloomberg New Energy Finance (BNEF) estimates that in approximately five years time EVs should be cheaper to buy on average than the traditional petrol or diesel vehicles without subsidies.

As the prices of EVs fall, running costs—including, charging costs, tax, insurance, lifespan, and maintenance—are all likely to also play a part in a consumers’ decision-making process. However, these costs are already considerably lower for electric vehicles.

According to the Electric car Cost Index published by LV= insurance company, EVs are, on average, half the cost to own compared to their petrol and diesel equivalents. Offering not just a longer lifespan, but they also require less maintenance, have favourable tax incentives, and—on the topic of this article—cheaper fuelling costs.

In this post we are going to look at one fundamental question that you, as a potential EV driver, may ask when considering the swap from the traditional petrol, diesel or hybrid car to an all new electric vehicle: is charging an electric car cheaper than filling up with fuel? 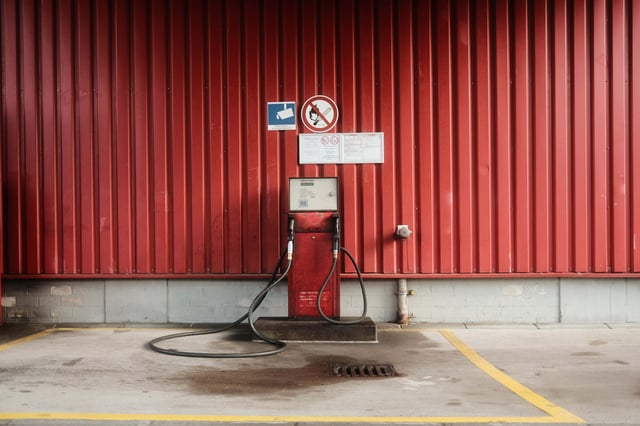 Is EV charging cheaper than fuel?

The first thing to consider when determining whether an EV is cheaper to run than a petrol or diesel car, is electricity and fuel prices, which, understandably, vary depending on a variety of factors.

How much does it cost to fill up with petrol or diesel?

When it comes to fuel prices, there are a few factors that determine how much you are going to pay at the pump. While taxes, distribution, and refining costs make up roughly 45 percent, the cost of crude oil itself is the largest contributor to fuel prices.

When the price of crude oil fluctuates—as it often does due to the law of supply and demand, global crises, and political factors—we see prices at the pump rise and fall. Just a simple google search for ‘UK petrol prices’ produces many news article results headlining the changes in prices. You can check the average price in the UK and other countries here. So what other factors influence what you may pay for fuel?

The type of engine plays a major role in determining fuel costs of a vehicle, and it is something consumers already take into account when deciding to purchase a new car. Here is a brief analysis of the internal combustion engine (ICE) market today:

Another determining factor to consider is the size of the vehicle. The heavier a vehicle, the more energy is needed to move it. Heavier vehicles have greater rolling resistance, which, in turn, contributes to increased fuel consumption. Therefore, lighter vehicles tend to be better for the environment as well as more cost-efficient to run. However, weight factors only really impact cars with ICEs more than hybrid and electric vehicles—which can recover a potion of the energy lost.

Fuel economy essentially refers to how far a vehicle can drive on a specific amount of fuel. Here in the UK we measure this using miles per gallon (mpg).

When calculating how much it costs to fill up a car with fuel, this is an essential number to know. Loosely speaking, anything over 36 mpg is pretty good, between 24-35 is average and anything below this is considered relatively low fuel efficiency. You can find an overview of the fuel consumption guide for most vehicles sold in 2021 here. 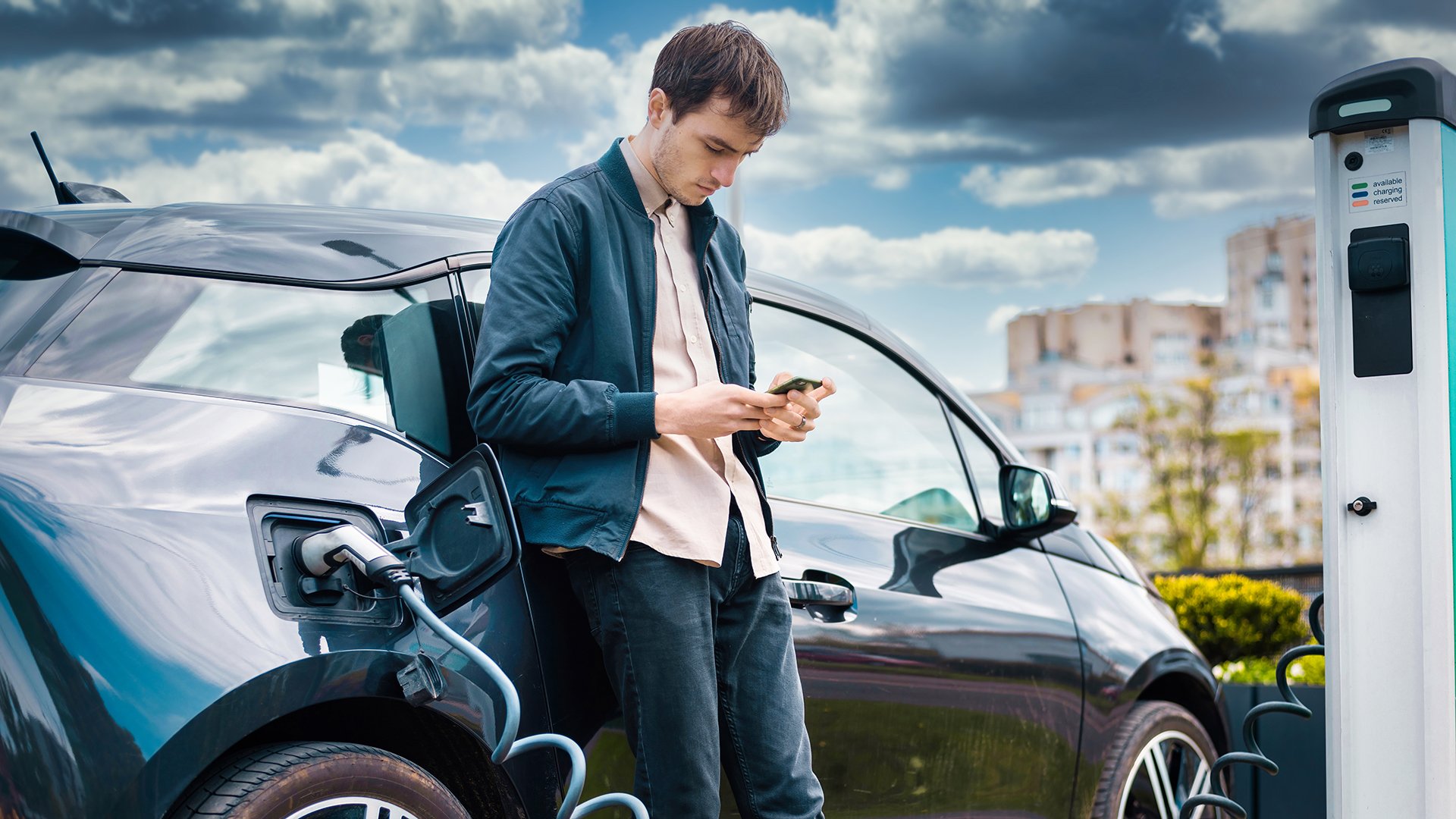 When it comes to calculating the cost of charging an electric car, it can be a little more complicated than calculating fuel costs. For starters, there are different Levels of charging which all come at a different cost. Furthermore, there are several other factors including where you charge, the price of electricity, at what time you charge, and the efficiency of your vehicle.

If you purchase and install an AC charging station at your home you will typically pay the lowest price per kilowatt-hour (kWh)—the electric equivalent of price per litre of fuel. As you use your own energy supplier, there is no “middle-man” charging extra for the service and you’ll simply pay the price you pay for electricity at your home. However, home charging is generally slower than public charging stations as the power output of a home is often lower. Check out this page for everything you need to know about charging an EV at home.

Public charging, on the other hand, despite being often faster, is more expensive than charging at home. When you charge at a public charging station a tariff is charged based on the location you charge at, the network you use, the time you charge, the amount of kWh you consume, as well as a potential membership fee the supplier may charge you.

Fast charging, also known as Level 3 or DC fast charging, is significantly faster than regular AC charging stations. Taking between 15 and 45 minutes to charge most electric cars up to 80 percent, making fast charging is quick and easy for charging on-the-go. However, this convenience comes at a price and is the most expensive public charging option available. The price of fast charging is more comparable to the price of filling up with fuel but is often still lower. For more information on fast charging, check out this page. For a rough calculation on how much it costs to charge at your home, take the size of the car's battery and multiply it by your home energy rates per kWh. In the UK, the average price per kWh is approximately £0.17. Therefore, If you are looking to fully charge a Nissan Leaf with a 62 kWh battery, then you’ll pay around £10.54. If you are looking to fully charge a Tesla Model X with its larger, 95 kWh battery, it will cost closer to £16.50. This calculation is only meant as an example as it does not take into account the battery percentage before charging or the general condition of the battery.

Additionally, electricity costs change at certain times of the day. You'll likely pay more for charging during the day than at night. Typically from 10 p.m. till 7 a.m., pricing during off-peak is the lowest price available. For instance, in the UK, off-peak charging costs £0.09 per kWh whilst on-peak charging costs £0.20. For this reason, if you charge your electric car late at night or early in the morning, you can save money on your electricity bill and your overall charging expenses.

An electric vehicles ‘fuel efficiency’ is based on the number of miles that the vehicle does on a single kilowatt-hour (kHw). As an average small electric car can travel 4 miles per kWh, if you typically drive 1,000 miles a month, then you’ll need at least 250 kWh to charge it properly. At £0.17 per kWh, that will cost you £42.50 a month. 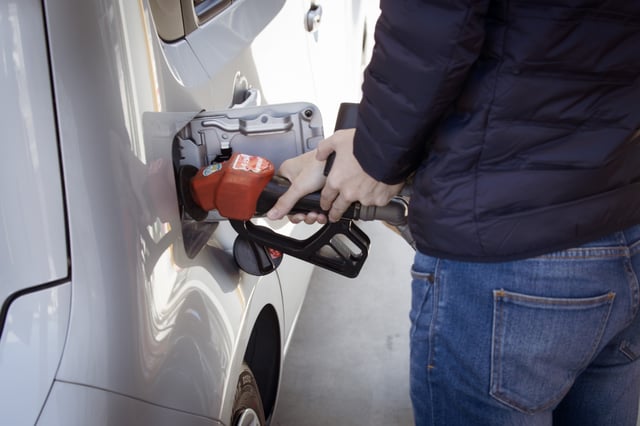 So yes, it’s usually cheaper to charge an EV than fill up with petrol or diesel

After considering all the variables, it is potentially best to look at the average amount which is spent on fuel costs per year per vehicle. In the UK, based on an annual mileage of 12,000, the average petrol or diesel driver spends approximately £1,435 a year. In comparison, based on 90 percent home charging and 10 percent fast charging, the average electric vehicle driver can expect to pay approximately £510 a year on charging.

Therefore, together these costs add up to paint a picture that indicates charging and EV is usually cheaper than filling up your petrol or diesel vehicle.